The Great Divide:
Unequal Societies and What We Can Do About Them

in conversation with ROBERT KUTTNER

Harvard Book Store welcomes Nobel Prize–winning economist JOSEPH E. STIGLITZ and Boston Globe columnist ROBERT KUTTNER for a discussion of Stiglitz's book The Great Divide: Unequal Societies and What We Can Do About Them.

In The Great Divide, Joseph E. Stiglitz expands on the diagnosis he offered in his best-selling book The Price of Inequality and suggests ways to counter America’s growing problem. With his signature blend of clarity and passion, Stiglitz argues that inequality is a choice—the cumulative result of unjust policies and misguided priorities.

Gathering his writings for popular outlets including Vanity Fair and the New York Times, Stiglitz exposes in full America's inequality: its dimensions, its causes, and its consequences for the nation and for the world. From Reagan-era policies to the Great Recession and its long aftermath, Stiglitz delves into the irresponsible policies—deregulation, tax cuts, and tax breaks for the 1 percent—that are leaving many Americans farther and farther beyond and turning the American dream into an ever more unachievable myth. With formidable yet accessible economic insight, he urges us to embrace real solutions: increasing taxes on corporations and the wealthy; offering more help to the children of the poor; investing in education, science, and infrastructure; helping out homeowners instead of banks; and, most importantly, doing more to restore the economy to full employment. Stiglitz also draws lessons from Scandinavia, Singapore, and Japan, and he argues against the tide of unnecessary, destructive austerity that is sweeping across Europe.

Ultimately, Stiglitz believes our choice is not between growth and fairness; with the right policies, we can choose both. His complaint is not so much about capitalism as such, but how twenty-first-century capitalism has been perverted. His is a call to confront America's economic inequality as the political and moral issue that it is. If we reinvest in people and pursue the other policies that he describes, America can live up to the shared dream of a more prosperous, more equal society. 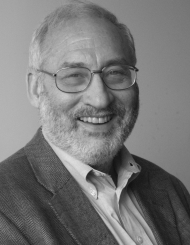 Joseph E. Stiglitz is a Nobel Prize–winning economist and the best-selling author of The Price of Inequality, Freefall, and Globalization and Its Discontents. He is a columnist for the New York Times and Project Syndicate and has written for Vanity Fair, Politico, The Atlantic, and Harper’s. He teaches at Columbia University and lives in New York City. 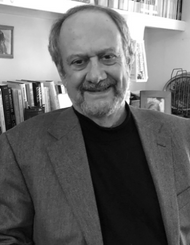 Robert Kuttner is co-founder and co-editor of The American Prospect and the Economic Policy Institute and former columnist for both Business Week and the Boston Globe. The author of Can Democracy Survive Global Capitalism? and Going Big (The New Press), he holds the Ida and Meyer Kirstein Chair at Brandeis University and lives in Boston.

All pre-sales tickets includes a copy of The Great Divide, admission into the event, one seat at the event, and a $5 coupon for use in the bookstore. For two weeks only (starting March 17), before the regular $5 ticket goes on sale, pre-sales tickets will be available.