The Flight Portfolio:
A Novel

in conversation with LEWIS HYDE

Harvard Book Store welcomes award-winning writer JULIE ORRINGER—author of The Invisible Bridge and How to Breathe Underwater—for a discussion of her latest novel, The Flight Portfolio. She will be joined in conversation by acclaimed scholar, translator, cultural critic, and writer LEWIS HYDE.

About The Flight Portfolio

In 1940, Varian Fry—a Harvard educated American journalist—traveled to Marseille carrying three thousand dollars and a list of imperiled artists and writers he hoped to rescue within a few weeks. Instead, he ended up staying in France for thirteen months, working under the veil of a legitimate relief organization to procure false documents, amass emergency funds, and set up an underground railroad that led over the Pyrenees, into Spain, and finally to Lisbon, where the refugees embarked for safer ports. Among his many clients were Hannah Arendt, Franz Werfel, André Breton, Max Ernst, Marcel Duchamp, and Marc Chagall.

The Flight Portfolio opens at the Chagalls' ancient stone house in Gordes, France, as the novel's hero desperately tries to persuade them of the barbarism and tragedy descending on Europe. Masterfully crafted, exquisitely written, impossible to put down, this is historical fiction of the very first order, and resounding confirmation of Orringer's gifts as a novelist.

“Varian Fry lit a small, bright lamp in a world of darkness, and in the deft hands of Julie Orringer—under the spell of her masterful prose, her feeling portraiture, her classic spy-thriller plotting and her vivid recreation of that beautiful and terrible world—I found the radiance of Fry’s courage, flawed humanity, and steadfast resistance shedding an inexhaustible light on our own ever-darkening time.” —Michael Chabon

"No book this year could possibly compare with The Flight Portfolio: ambitious, meticulous, big-hearted, gorgeous, historical, suspenseful, everything you want a novel to be." —Andrew Sean Greer, Pulitzer Prize–winning author of Less

"A historical novel absolutely relevant to our own time, The Flight Portfolio brings to life a hero as complex and engrossing as the agonizing ethical questions he faces. Orringer not only recreates the world of wartime Marseille, but seems to drop the reader there by way of a masterfully fashioned literary trapdoor—and anyone who picks up this spectacular novel risks a swift descent into its vivid and consuming swirl." —Nell Freudenberger 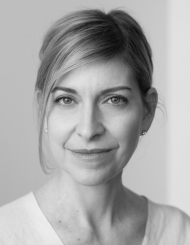 Julie Orringer is the author of three award-winning books: How to Breathe Underwater, The Invisible Bridge, and most recently The Flight Portfolio, soon to become a Netflix series. She is the winner of the Paris Review’s Plimpton Prize and has received fellowships from the Guggenheim Foundation, the National Endowment for the Arts, the Cullman Center at the New York Public Library, the Radcliffe Institute for Advanced Study at Harvard, the MacDowell Colony, and Yaddo. She teaches at New York University and lives with her husband and children in Brooklyn, where she is at work on a new novel. 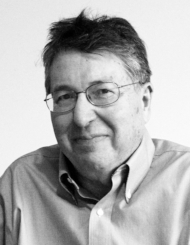 Lewis Hyde is the author of Trickster Makes This World: Mischief, Myth, and Art and The Gift: Creativity and the Artist in the Modern World, as well as a book of poems, This Error Is the Sign of Love. David Foster Wallace referred to him as "one of the true superstars of nonfiction."