Kate Zernike at the Brattle Theatre

The Exceptions:
Nancy Hopkins, MIT, and the Fight for Women in Science

in conversation with RICK BERKE

Harvard Book Store welcomes KATE ZERNIKE—New York Times reporter and winner of the 2002 Pulitzer Prize for Explanatory Reporting—for a discussion of her new book The Exceptions: Nancy Hopkins, MIT, and the Fight for Women in Science. She will be joined in conversation by RICK BERKE, Co-Founder & Executive Editor of STAT.

Harvard Book Store is excited to be back to in-person programming. To ensure the safety and comfort of everyone in attendance, the following Covid-19 safety protocols will be in place at all of our Brattle Theatre events until further notice:

Book-Included Ticket: Includes admission for one and one hardcover copy of The Exceptions: Nancy Hopkins, MIT, and the Fight for Women in Science.

In 1999, the Massachusetts Institute of Technology admitted to discriminating against women on its faculty, forcing institutions across the country to confront a problem they had long ignored: the need for more women at the top levels of science. Written by the journalist who broke the story for The Boston Globe, The Exceptions is the untold story of how sixteen highly accomplished women on the MIT faculty came together to do the work that triggered the historic admission.

The Exceptions centers on the life of Nancy Hopkins, a reluctant feminist who became the leader of the sixteen and a hero to two generations of women in science. Hired to prestigious universities at the dawn of affirmative action efforts in the 1970s, Dr. Hopkins and her peers embarked on their careers believing that discrimination against women was a thing of the past—that science was, at last, a pure meritocracy. For years they explained away the discrimination they experienced as the exception, not the rule. Only when these few women came together after decades of underpayment and the denial of credit, advancement, and equal resources to do their work did they recognize the relentless pattern: women were often marginalized and minimized, especially as they grew older. Meanwhile, men of similar or lesser ability had their career paths paved and widened.

The Exceptions is a powerful yet all-too-familiar story that will resonate with all professional women who experience what those at MIT called “21st-century discrimination”—a subtle and stubborn bias, often unconscious but still damaging. As in bestsellers from Hidden Figures to Lab Girl and Code Girls, we are offered a rare glimpse into the world of high-level scientific research and learn about the extraordinary female scientists whose work has been overlooked throughout history, and how these women courageously fought for fair treatment as they struggled to achieve the recognition they rightfully deserve.

Praise for The Exceptions

"A story I wouldn't believe except that it's true, told by the reporter who broke it first. I'm embarrassed to say that I knew nothing about Nancy Hopkins before opening the cover of The Exceptions. Once I started, I couldn't stop. By the end, I thought, there is no stronger antidote to imposter syndrome than knowing someone like you was good enough all along--and that it is the rules that need to change, not the players." —Angela Duckworth, author of Grit

"When, despite talent and tenure, Professor Nancy Hopkins found herself thwarted in her ability to do science at her own institution, she got together with a group of other tenured women scientists and collected data that demonstrated discrimination. They documented the size of men’s and women’s offices, their salaries, and the difference in their committee assignments and course loads. Tenured male professors got help with mortgages to buy houses. The tenured women didn’t know these programs existed. The president of MIT admitted discrimination. It was the start of a new kind of conversation in academic life. The Exceptions is pitch perfect in telling this story as only a first chapter in an ongoing struggle. A page-turner. Poignant. Infuriating. Inspirational. I read it and was reminded that this work needs to be taken up by each new generation of women in the workplace." —Sherry Turkle, Abby Rockefeller Mauzé Professor of the Social Studies of Science and Technology, MIT; author of Reclaiming Conversation and The Empathy Diaries

“Equally gifted as both reporter and storyteller, Kate Zernike has given us a book that is always engaging, at times shocking, and in the end thrilling: a stirring account of the triumph of women scientists—simultaneously brilliant and brave—in their long struggle for full equality. The Exceptions is exceptional.” —Daniel Okrent, author of The Guarded Gate and Last Call 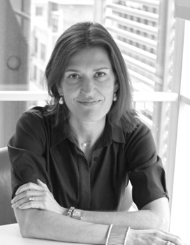 Kate Zernike has been a reporter for The New York Times since 2000. She was a member of the team that won the 2002 Pulitzer Prize for Explanatory Reporting for stories about al-Qaeda before and after the 9/11 terror attacks. She was previously a reporter for The Boston Globe, where she broke the story of MIT’s admission that it had discriminated against women on its faculty, on which The Exceptions is based. The daughter and granddaughter of scientists, she is a graduate of Trinity College at the University of Toronto and the Graduate School of Journalism at Columbia University. She lives in New Jersey with her husband and sons.

Rick Berke is the co-founder and executive editor of STAT. He moved to Boston in early 2015 as STAT's Employee #1, charged with assembling a world-class staff to cover health, medicine, and the life sciences. He got his start as a reporter for the Baltimore Evening Sun. From there, he spent most of his career at the New York Times, where he was chief political correspondent and covered beats including Congress, the White House, and national drug policy. As an editor, for many years he organized the Times' daily news coverage as assistant managing editor for news. He was also assistant managing editor for features, as well as Washington editor, national editor, political editor, and video content editor. Before launching STAT, he was executive editor of Politico.