While payment is not required, we are suggesting a $3 contribution to support this author series, our staff, and the future of Harvard Book Store—a locally owned, independently run Cambridge institution. In addition, by purchasing copies of Bulletproof Vest, Tree, and Ocean from Harvard.com, you support indie bookselling and the writing community during this difficult time.

“Kenneth R. Rosen, war-reporter, journalist, abyss-looker, intuiter of the human spirit, presents the materials of war, stitches them together in a fascinating story that shows no matter how tight and polymeric the jacket, the true dangers of war are the mental wounds that go straight to your head. His insights into war do what they can to protect us from those wounds—but like the vest, offer an imperfect protection. Thankfully, Rosen's words are near perfect and perfectly moving.” —Nicole Walker, author of Sustainability: A Love Story

"Nothing's bulletproof," the salesman said. "The thing's only bullet resistant." The New York Times journalist Kenneth R. Rosen had just purchased his first bulletproof vest and was headed off on assignment. He was travelling into Mosul, Iraq, when he realized that the idea of a bulletproof vest is more effective than the vest itself. From its very inception, poly-paraphenylene terephthalamide, or Kevlar, was meant for tires. Its humble roots and mundane applications are often lost, as it is now synonymous with body armor, war zones, and domestic terrorism.

What Rosen learned through intimate use of his vest was that it acts as a metaphor for all the precautions we take toward digital, physical, and social security. Bulletproof Vest is at once an introspective journey into the properties and precisions of a bulletproof vest on a molecular level and on the world stage. It's also an ode to living precariously, an open letter that defends the notion that life is worth the risk.

A portion of the author's proceeds will be donated to RISC, a nonprofit that provides emergency medical training to freelance conflict journalists.

“Oceans are big things, so Steve Mentz has made a concise book of them. From sailors as cyborgs to Queequeg as a mermaid, from Conrad's mirrored sea to Emily Dickinson's marine visions, Mentz swims like Coleridge's library cormorant, collecting glittering things. The result is a wild and wonderful work; part essay, part reverie, wholly full of watery brilliance.” —Philip Hoare, author of RISINGTIDEFALLINGSTAR

The ocean comprises the largest object on our planet. Retelling human history from an oceanic rather than terrestrial point of view unsettles our relationship with the natural environment. Our engagement with the world's oceans can be destructive, as with today's deluge of plastic trash and acidification, but the mismatch between small bodies and vast seas also emphasizes the frailty and resilience of human experience.

From ancient stories of shipwrecked sailors to the containerized future of 21st-century commerce, Ocean splashes the histories we thought we knew into salty and unfamiliar places. 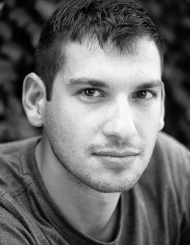 Kenneth R. Rosen is a senior editor and correspondent at Newsweek based in Italy. He is a contributing writer to WIRED and the author of Bulletproof Vest. 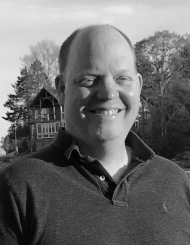 Steve Mentz teaches Shakespeare, the environmental humanities, and oceanic literature at St. John's University in New York City. He is the author of Break Up the Anthropocene, Shipwreck Modernity, and numerous other books and chapters.