Harvard Book Store welcomes award-winning poet and critic KEVIN YOUNG for a discussion of his latest book, Bunk: The Rise of Hoaxes, Humbug, Plagiarists, Phonies, Post-Facts, and Fake News. This event is co-sponsored by Mass Humanities.

Bunk traces the history of the hoax as a peculiarly American phenomenon, examining what motivates hucksters and makes the rest of us so gullible. Disturbingly, Young finds that fakery is woven from stereotype and suspicion, race being the most insidious American hoax of all. He chronicles how Barnum came to fame by displaying figures like Joice Heth, a black woman whom he pretended was the 161-year-old nursemaid to George Washington, and What Is It?, an African American man Barnum professed was a newly discovered missing link in evolution.

Bunk then turns to the hoaxing of history and the ways that forgers, plagiarists, and journalistic fakers invent backstories and falsehoods to sell us lies about themselves and about the world in our own time, from pretend Native Americans Grey Owl and Nasdijj to the deadly imposture of Clark Rockefeller, from the made-up memoirs of James Frey to the identity theft of Rachel Dolezal. In this brilliant and timely work, Young asks what it means to live in a post-factual world of “truthiness” where everything is up for interpretation and everyone is subject to a pervasive cynicism that damages our ideas of reality, fact, and art.

"Young chronicles a distinctly American brand of deception in this history of hoaxers, fabricators, liars, and imposters. . . [He] astutely declares the hoax a frequent metaphor for a ‘deep-seated cultural wish’ that confirms prejudicial ideas and stereotypes. . . Young’s remarks on race and his comparison of Trump and Barnum, both of whom gained power from spectacle, in the book’s coda are well worth sifting through." ―Publishers Weekly, starred review

"Fake news and alternative facts have a long and complex history in American culture. Young, an award-winning poet and director of the New York Schomburg Center for Research in Black Culture, explores the deep roots of hoaxing in entertainment, literature, journalism, sports, and public life. . . The final chapter touches on the current ‘post-fact’ world and its rejection of expertise, raising important questions about how we can know the truth. This dense and wide-ranging critique offers a fascinating view of the impact of fraud on truth." ―Library Journal, starred review

"A fascinating, well-researched look at the many ways Americans hoodwink each other, often about race." ―Kirkus Reviews 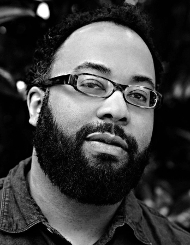 Kevin Young is the author of a previous book of nonfiction, The Grey Album, and eleven books of poetry, including Blue Laws, which was long-listed for the National Book Award. He is the director of the Schomburg Center for Research in Black Culture in Harlem.