Black Wave:
Saudi Arabia, Iran, and the Forty-Year Rivalry That Unraveled Culture, Religion, and Collective Memory in the Middle East

Kim Ghattas seamlessly weaves together history, geopolitics, and culture to deliver a gripping read of the largely unexplored story of the rivalry between between Saudi Arabia and Iran, born from the sparks of the 1979 Iranian revolution and fueled by American policy.

With vivid story-telling, extensive historical research and on-the-ground reporting, Ghattas dispels accepted truths about a region she calls home. She explores how Sunni Saudi Arabia and Shia Iran, once allies and twin pillars of US strategy in the region, became mortal enemies after 1979. She shows how they used and distorted religion in a competition that went well beyond geopolitics. Feeding intolerance, suppressing cultural expression, and encouraging sectarian violence from Egypt to Pakistan, the war for cultural supremacy led to Iran’s fatwa against author Salman Rushdie, the assassination of countless intellectuals, the birth of groups like Hezbollah in Lebanon, the September 11th terrorist attacks, and the rise of ISIS.

Ghattas introduces us to a riveting cast of characters whose lives were upended by the geopolitical drama over four decades: from the Pakistani television anchor who defied her country’s dictator, to the Egyptian novelist thrown in jail for indecent writings all the way to the murder of journalist Jamal Khashoggi in the Saudi consulate in Istanbul in 2018. Black Wave is both an intimate and sweeping history of the region and will significantly alter perceptions of the Middle East.

“Skillfully written and scrupulously researched, Black Wave is an essential book in understanding the origins of the modern conflicts in the Middle East." ―Lawrence Wright, Pulitzer Prize–winning author of The Looming Tower

"The framing of Black Wave is as important as the content. Kim Ghattas portrays the last four decades across the Middle East as a dark age, a world dimmed behind a curtain of violence, misogyny, and religious extremism. In exploring how this blackness came to be, she recalls a brighter past and predicts a better future. It's a powerful and important book." ―Anne-Marie Slaughter, CEO of the New America Foundation and former Director of Policy Planning at the Department of State

“A well-researched and highly readable primer on the rivalry between Shias and Sunnis shaping today’s Middle East. Kim Ghattas masterfully traces the origins of sectarianism in the explosive rise of Islamic fundamentalism in 1979 and the destructive Saudi-Iranian rivalry that followed. Told through the experiences of those who lived and shaped sectarianism, Black Wave is both gripping and informative; a must read for anyone interested in understanding the forces shaping the Middle East today.” —Vali Nasr, professor of international affairs and Middle East politics at the School of Advanced International Studies of Johns Hopkins University and author of Shia Revival 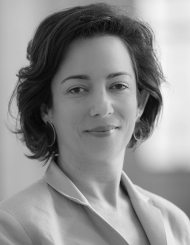 Kim Ghattas is an Emmy-award winning journalist and writer who covered the Middle East for twenty years for the BBC and the Financial Times. She has also reported on the U.S State Department and American politics. She has been published in The Atlantic, the Washington Post, and Foreign Policy and is currently a non-resident scholar at the Carnegie Endowment for International Peace in Washington. Her first book, The Secretary, was a New York Times bestseller. Born and raised in Lebanon, she now lives between Beirut and Washington D.C.