Buddhism for Western Children:
A Novel

Harvard Book Store welcomes PEN/O. Henry Prize–winning author KIRSTIN ALLIO for a discussion of her latest novel, Buddhism for Western Children. She will be joined in conversation by acclaimed author MARGOT LIVESEY.

About Buddhism for Western Children

Set on the coast of Maine and in the high desert of New Mexico in the late 1970s through the early 80s, Buddhism for Western Children is a universal and timeless story of a boy who must escape subjugation, tell his story, and reclaim his soul.

In search of community and transcendence, ten-year-old Daniel’s family is swept into the thrall of a potent and manipulative guru. To his followers, Avadhoot Master King Ivanovich is a living god, a charismatic leader who may reveal enlightenment as he mesmerizes, and alchemizes, Eastern and Western spiritual traditions.

Daniel’s family plunges into a world with different rules and rhythms—and with no apparent exit. They join other devotees in shunning the outside world and fall under the absolutist authority of the guru and his lieutenants. Daniel bears witness to the relentless competition for the guru’s favor, even as he begins to recognize the perversion of his spirituality. Soon, Daniel himself is chosen to play a role. As tensions simmer and roil, darkness intrudes. Devotees overstep, placing even the children in jeopardy. Daniel struggles with conflicting desires to resist and to belong until finally, he must decide who to save and who to abandon.

With spiraling, spellbinding language, Allio reveals a cast of vivid, often darkly funny characters, and propels us toward a shocking climax where Daniel’s story cracks open like a kaleidoscope, revealing the costs of submitting to a tyrant and the shimmering resilience of the human spirit.

“One piece of traditional writer’s advice is ‘Give the devil all the best lines’; Kirstin Allio has instead elected to give him the entire book, leaving the reader and her dear feral child of a protagonist, Daniel/Jubal, to fight their way free together through nests of dazzling, seductive, off-kilter language. The result is a superb exploration of the emotional condition of guru-drunkenness.” —Jonathan Lethem

“Kirstin Allio has written a novel full of indelible characters, wild scenes, incidental wisdom, and the best kinds of surprises. I fell entirely under the spell of her wonderful writing and of her outrageous, shameless guru; I would have followed him anywhere. Buddhism for Western Children is a sparkling, inventive, and deeply entertaining novel.” —Margot Livesey, author of Mercury

“An incisive look at what it means to be a child dragged along in the undercurrent of one’s parents’ fervor for enlightenment and willful turning away from the outside world. This is a beautifully written and poetic meditation on power, absurdity, community, and manipulation, and how one survives when all things collide in a powerful and threatening way.” —Brian Evenson, author of A Collapse of Horses 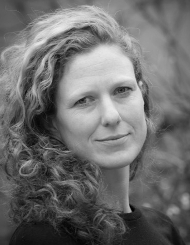 Kirstin Allio is the author of the novel Buddhism for Western Children. Her previous work includes Clothed, Female Figure, and Garner, which was a finalist for the Los Angeles Times Art Seidenbaum Award for First Fiction. Her honors include the National Book Foundation’s 5 Under 35 Award, a PEN/O. Henry Prize, and fellowships from Brown University's Howard Foundation and The MacDowell Colony. She lives in Providence, Rhode Island. 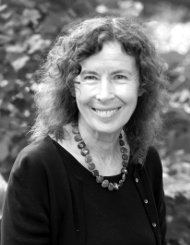