Children of Paradise:
The Struggle for the Soul of Iran

Harvard Book Store and the Center for Middle Eastern Studies welcome journalist LAURA SECOR for a discussion of her book Children of Paradise: The Struggle for the Soul of Iran, a look at the drama that shaped today’s Iran, from the Revolution to the present day.

About Children of Paradise

In 1979, seemingly overnight—moving at a clip some thirty years faster than the rest of the world—Iran became the first revolutionary theocracy in modern times. Since then, the country has been largely a black box to the West, a sinister presence looming over the horizon. But inside Iran, a breathtaking drama has unfolded since then, as religious thinkers, political operatives, poets, journalists, and activists have imagined and reimagined what Iran should be. They have drawn as deeply on the traditions of the West as of the East and have acted upon their beliefs with urgency and passion, frequently staking their lives for them.

With more than a decade of experience reporting on, researching, and writing about Iran, Laura Secor narrates this unprecedented history as a story of individuals caught up in the slipstream of their time, seizing and wielding ideas powerful enough to shift its course as they wrestle with their country’s apparatus of violent repression as well as its rich and often tragic history. Essential reading at this moment when the fates of our countries have never been more entwined, Children of Paradise will stand as a classic of political reporting; an indelible portrait of a nation and its people striving for change.

"Anyone who wants to understand the forces shaping post-revolutionary Iran will be rewarded by this intimate and intellectually thrilling portrait. It’s a towering accomplishment." —Lawrence Wright, author of The Looming Tower and Thirteen Days in September

"Transcending the political clichés that are often offered as new insights on Iran, this wonderful and timely book provides a glimpse into what Secor calls the "soul of the matter." For once the focus is not on the rulers but on those who, with anguish and determination, tried to bring about political change—even as they themselves were transformed—and their desire, above all, to restore and preserve their country's sense of dignity, and their own." —Azar Nafisi, author of Reading Lolita in Tehran and The Republic of Imagination 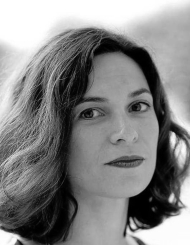 Laura Secor has written about Iran for The New Yorker, The New York Times Magazine, Foreign Affairs, The New Republic, and other publications, and has worked at The New York Times, The Boston Globe, The American Prospect, and Lingua Franca. She has been a fellow at the New York Public Library’s Cullman Center and the American Academy in Berlin, and has taught journalism at NYU and Princeton. Secor lives in Brooklyn.