We Are Indivisible:
A Blueprint for Democracy After Trump

in conversation with MARSHALL GANZ

Harvard Book Store welcomes LEAH GREENBERG and EZRA LEVIN—former congressional staffers and co-directors of the grassroots organizing movement Indivisible—for a discussion of their new co-authored book, We Are Indivisible: A Blueprint for Democracy After Trump. They will be joined in conversation by MARSHALL GANZ, Senior Lecturer in Public Policy at the Harvard Kennedy School.

About We Are Indivisible

Shortly after Trump’s election, two outraged former congressional staffers wrote and posted a tactical guide to resisting the Trump agenda. This Google Doc entitled “Indivisible” was meant to be read by friends and family. No one could have predicted what happened next. It went viral, sparking the creation of thousands of local Indivisible groups in red, blue, and purple states, mobilizing millions of people and evolving into a defining movement of the Trump Era. From crowding town halls to killing TrumpCare to rallying around candidates to build the Blue Wave, Indivisibles powered the fight against Trump—and pushed the limits of what was politically possible.

In We Are Indivisible: A Blueprint for Democracy After Trump, the (still-married!) co-executive directors of Indivisible tell the story of the movement. They offer a behind-the-scenes look at how change comes to Washington, whether Washington wants it or not. And they explain how we’ll win the coming fight for the future of American democracy. We Are Indivisible isn’t a book of platitudes about hope; it’s a steely-eyed guide to people power—how to find it, how to build it, and how to use it to usher in the post-Trump era.

Please note: All proceeds to the author go to Indivisible's Save Democracy Fund.

Praise for We Are Indivisible

"Leah and Ezra have built a powerful network of folks ready to fight for justice and inclusion. . . In times of division, they've been a constant force for good." —Ayanna Pressley, U.S. Representative for Massachusetts's 7th congressional district

"Indivisible has played a leading role in turning out voters at congressional town halls to voice their opposition." —The New York Times

"If Democrats are able to retake the House in 2018, it will be a victory built from Greenberg and Levin's blueprint." —Politico 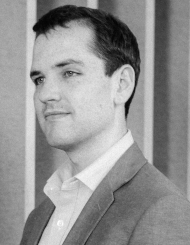 Ezra Levin, along with his wife Leah Greenberg, is co-Executive Director of Indivisible, where they lead a national staff in Washington DC and across the country supporting the Indivisible movement in advocacy, elections, and grassroots organizing. The two have been listed in the Politico 50 list, GQ’s 50 Most Powerful People in Trump’s Washington and Roll Call’s People to Watch in 2019. Before Indivisible, Ezra was a congressional staffer and anti-poverty advocate. He started out working on local homelessness issues, and during the late Bush II and early Obama eras he served as a senior legislative and campaign staffer for Congressman Lloyd Doggett (D-TX). 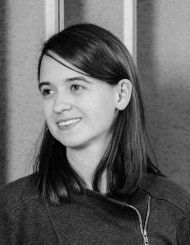 Leah Greenberg, along with her husband Ezra Levin, is co-Executive Director of Indivisible, where they lead a national staff in Washington DC and across the country supporting the Indivisible movement in advocacy, elections, and grassroots organizing. The two have been listed in the Politico 50 list, GQ’s 50 Most Powerful People in Trump’s Washington and Roll Call’s People to Watch in 2019. Leah was a human trafficking policy advocate before joining the office of Congressman Tom Perriello on Capitol Hill. Working for a progressive in the red fifth district of Virginia at the rise of the Tea Party, she saw firsthand the power that organized constituent power could have—and she took notes. After Perriello’s loss in 2010, she returned to human trafficking policy—until the 2016 election, when she started writing a quick guide to constituent power with her spouse Ezra. 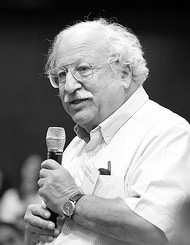 Marshall Ganz is a Senior Lecturer in Public Policy at the Harvard Kennedy School. He entered Harvard College in the fall of 1960, leaving a year before graduation to volunteer with the 1964 Mississippi Summer Project. He found a “calling” as an organizer for the Student Nonviolent Coordinating Committee, and, in the fall of 1965, joined Cesar Chavez in his effort to unionize California farm workers. During 16 years with the United Farm Workers he gained experience in union, political, and community organizing. He was awarded an MPA by the Kennedy School in 1993, completed his Ph.D. in sociology in 2000, and awarded an honorary doctorate in divinity by the Episcopal Divinity School in 2010.

Tickets are available online only at harvard.com and harvardbookstore.eventbrite.com. All tickets for this event include a $5 coupon for use in the bookstore. Pre-sale tickets include a copy of We Are Indivisible. Books bundled with pre-sale tickets may only be picked up at the venue the night of the event, and cannot be picked up in-store beforehand.