Jonathan Swift:
His Life and His World

Harvard Book Store and Mass Humanities welcome acclaimed biographer LEO DAMROSCH, Research Professor of Literature at Harvard University, for a discussion of his books Eternity's Sunrise: The Imaginative World of William Blake and Jonathan Swift: His Life and His World.

William Blake, overlooked in his time, remains an enigmatic figure to contemporary readers despite his near canonical status. Out of a wounding sense of alienation and dividedness he created a profoundly original symbolic language, in which words and images unite in a unique interpretation of self and society. He was a counterculture prophet whose art still challenges us to think afresh about almost every aspect of experience—social, political, philosophical, religious, erotic, and aesthetic. He believed that we live in the midst of Eternity here and now, and that if we could open our consciousness to the fullness of being, it would be like experiencing a sunrise that never ends.

Following Blake’s life from beginning to end, Leo Damrosch draws extensively on Blake’s poems, his paintings, and his etchings and engravings to offer this generously illustrated account of Blake the man and his vision of our world. The author’s goal is to inspire the reader with the passion he has for his subject, achieving the imaginative response that Blake himself sought to excite. The book is an invitation to understanding and enjoyment, an invitation to appreciate Blake’s imaginative world and, in so doing, to open the doors of our perception.

Jonathan Swift is best remembered today as the author of Gulliver’s Travels, the satiric fantasy that quickly became a classic and has remained in print for nearly three centuries. Yet Swift also wrote many other influential works, was a major political and religious figure in his time, and became a national hero, beloved for his fierce protest against English exploitation of his native Ireland. What is really known today about the enigmatic man behind these accomplishments? Can the facts of his life be separated from the fictions?

In this deeply researched biography, Leo Damrosch draws on discoveries made over the past thirty years to tell the story of Swift’s life anew. Probing holes in the existing evidence, he takes seriously some daring speculations about Swift’s parentage, love life, and various personal relationships and shows how Swift’s public version of his life—the one accepted until recently—was deliberately misleading. Swift concealed aspects of himself and his relationships, and other people in his life helped to keep his secrets.

Assembling suggestive clues, Damrosch re-narrates the events of Swift’s life while making vivid the sights, sounds, and smells of his English and Irish surroundings.Through his own words and those of a wide circle of friends, a complex Swift emerges: a restless, combative, empathetic figure, a man of biting wit and powerful mind, and a major figure in the history of world letters. 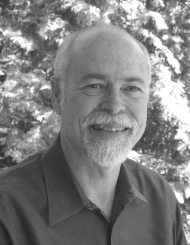 Leo Damrosch is Research Professor of Literature, Harvard University. His previous books include Jean-Jacques Rousseau: Restless Genius, a National Book Award finalist; Tocqueville’s Discovery of America; and Jonathan Swift: His Life and His World, winner of the National Book Critics Circle Award in biography and a finalist for the Pulitzer Prize in biography. He lives in Newton, MA.