The Cultural Defense of Nations:
A Liberal Theory of Majority Rights

Harvard Book Store and the Edmond J. Safra Center for Ethics welcome Fellow-in-Residence for the Safra Center LIAV ORGAD for a discussion of his book The Cultural Defense of Nations: A Liberal Theory of Majority Rights.

About The Cultural Defense of Nations

The book addresses one of the greatest challenges facing liberalism today: When is a liberal state justified in restricting immigration in order to protect the majority culture? With more than 250 million immigrants worldwide, this question has become central in public and academic debates, particularly in Europe.

This book shifts the focus from the prevailing discussion of cultural minority rights and, for the first time, confronts the topic of cultural rights of majorities. The findings reveal a troubling trend in liberal states, which, ironically, in order to protect liberal values, violate the very same values. The book criticizes this state of affairs and proposes a new approach by which liberal democracies can welcome immigrants without fundamentally changing their cultural heritage, forsaking their liberal traditions, or slipping into extreme nationalism.

The Cultural Defense of Nations presents a timely, thought-provoking thesis on some of the most pressing issues of our time—global immigration, majority groups, and national identity.

“This book is destined to be a classic in its field.” —Peter H. Schuck, Yale

“[Orgad] has written an impressive book that deserves a place in the canon of analytical legal and political theory.” —Randall Hansen, University of Toronto

"This is a book to read for all concerned about the future of liberalism." —Christian Joppke, University of Bern

“[Orgad] has written a resolutely liberal account, carefully and elegantly argued, of what majorities can and cannot do to defend their culture." —Michael Walzer, Princeton

"This is an important and timely book . . . It is an intellectual ice-breaker and will, or should, open up new territory for others to explore." —Prospect Magazine 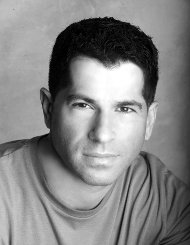 Liav Orgad is a Fellow-in-Residence at the Edmond J. Safra Center for Ethics at Harvard University, a Marie Curie Fellow at the Freie Universität Berlin, an Assistant Professor at IDC Herzliya, Israel, and a Member of the Global Young Academy. Previously, he was a Fulbright Scholar at NYU Law School, a Jean-Monnet Fellow at the European University Institute, and an ISEF Scholar at Columbia Law School. He is the recipient of the Eric Stein Prize for “best article” by the American Society for Comparative Law and the Wolf Prize for “outstanding achievements of young scholars.”