Who’s the Bigot?
Learning from Conflicts over Marriage and Civil Rights Law

in conversation with AZIZA AHMED

This event has been canceled. We apologize for any inconvenience, and we hope to reschedule.

Harvard Book Store and the Edmond J. Safra Center for Ethics welcome LINDA MCCLAIN—Robert B. Kent Professor at Boston University School of Law—for a discussion of her latest book, Who’s the Bigot? Learning from Conflicts over Marriage and Civil Rights Law. She will be joined in conversation by renowned legal scholar AZIZA AHMED.

About Who's the Bigot?

Historically, critics of interracial, interfaith, and most recently same-sex marriage have invoked conscience and religious liberty to defend their objections, and often they have been accused of bigotry. Although denouncing and preventing bigotry is a shared political value with a long history, people disagree over who is a bigot and what makes a belief, attitude, or action bigoted. This is evident from the rejoinder that calling out bigotry is intolerant political correctness, even bigotry itself.

In Who's the Bigot?, the eminent legal scholar Linda C. McClain traces the rhetoric of bigotry and conscience across a range of debates relating to marriage and antidiscrimination law. Is "bigotry" simply the term society gives to repudiated beliefs that now are beyond the pale? She argues that the differing views people hold about bigotry reflect competing understandings of what it means to be "on the wrong side of history" and the ways present forms of discrimination resemble or differ from past forms. Furthermore, McClain shows that bigotry has both a backward- and forward-looking dimension. We not only learn the meaning of bigotry by looking to the past, but we also use examples of bigotry, on which there is now consensus, as the basis for making new judgments about what does or does not constitute bigotry and coming to new understandings of both injustice and justice.

By examining charges of bigotry and defenses based on conscience and religious belief in these debates, Who's the Bigot? makes a novel and timely contribution to our understanding of the relationship between religious liberty and discrimination in American life.

Praise for Who's The Bigot?

"An important and clear-minded book by a leading scholar of law and public policy that explores our evolving understanding of bigotry in the context of debates over gay rights and religious liberty. Deeply illuminating." —Stephen Macedo, Laurance S. Rockefeller Professor of Politics and the University Center for Human Values, Princeton University

"A must read for those who are interested in seeing the modern social psychological understanding of racism applied to American religion." —Thomas F. Pettigrew, Research Professor of Social Psychology, University of California, Santa Cruz

"Through historical excavation and close readings of primary texts, Linda McClain examines the meaning and use of bigotry over time. By situating us in the thick of past conflicts over equality, McClain shows that views we now repudiate as bigoted were once within the realm of reasonable debate. Her book should be a warning for proponents of equality law today: Labeling one's opponents as bigots may obscure, rather than illuminate, connections between past and present struggles. Instead, by unearthing the similarities in justifications for inequality over time, McClain leaves us better able to appreciate the relationship between struggles for racial equality and struggles for LGBT equality." —Douglas NeJaime, Anne Urowsky Professor of Law, Yale Law School 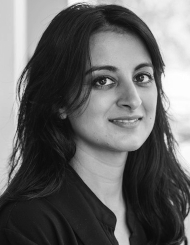 Aziza Ahmed is a professor at Northeastern University School of Law. She is an expert in health law, human rights, property law, international law, and development. 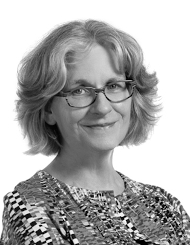 Linda C. McClain is the Robert B. Kent Professor at Boston University School of Law. A graduate of Oberlin College, she has an M.A. from the University of Chicago Divinity School, a J.D. from Georgetown University Law Center, and an LL.M. from NYU School of Law. In her spare time, she enjoys playing classical piano. Her previous books include The Place of Families: Fostering Capacity, Equality, and Responsibility; Ordered Liberty: Rights, Responsibilities, and Virtues; Gender Equality: Dimensions of Women's Equal Citizenship; and What Is Parenthood? Contemporary Debates About the Family.