In Search of Pure Lust:
A Memoir

Harvard Book Store welcomes writer, editor, translator, and educator LISE WEIL for a discussion of her latest book, In Search of Pure Lust: A Memoir.

About In Search of Pure Lust

When Lise Weil came out in 1976, she came out into a land that was all on fire. Lesbian desire was the pulsing center of an entire way of life, a culture, a movement. The air throbbed with possibility. At the center of In Search of Pure Lust is Weil’s immersion in this culture, this movement: the grand experiment of lesbian feminism of the ’70s and ’80s. She and the women around her lived in a state of heightened erotic intensity that was, she believed, the source of their most vital knowledge. Desire was their guiding light. But after fifteen years of torrid but ultimately failed relationships that tended to mirror the tumultuous political currents swirling around her, she had to admit that desire was also a conduit for childhood wounds. It reared its head when she was feeling wary, estranged―abused, even. It flagged when she was fondest and most trusting. And it tended to trump love, over and over again.

In the mid-’80s, when a friend asked Weil to accompany her on a Zen retreat, she was desperate enough to say yes. Her first day of sitting zazen was mostly hell―but smitten with the (female) roshi, she stuck with it, later returning for sesshin after sesshin. A period of difficult self-examination ensued and, over a period of years, she began to learn an altogether different approach to desire. Ultimately, what her search for pure lust uncovered is something that looks a lot like love.

“Intimate, personal, visionary, In Search of Pure Lust is the chronicle of a now vanished golden age of the lesbian feminist movement, a time when we lived the belief that we were reinventing culture and society from root to flower . . . A page-turner, and a call to remembrance. The reader should expect to stay up all night, and for many nights, reading.” ―Kim Chernin, bestselling author of In My Mother’s House and The Hungry Self

“Lise Weil’s quest to split the world open and recreate it anew takes her on a physical and spiritual journey that helps shape a movement―and ultimately lands her on a Zen cushion where she begins to recognize the gifts, as well as the limitations, of her own desire. This is the most alive and embodied book I’ve read in years. I found myself inspired and broken-hearted again and again. Weil’s story continues to burn in the heart long after the last page is turned.” ―Donna M. Johnson, author of the New York Times bestselling Holy Ghost Girl

“In Search of Pure Lust provides a window into one vibrant strand of 1980s lesbian feminism. Lise Weil brings to life politics and theories that animated activism as well as heartbreak and conflict. Her account of the debates about sex and sexuality is particularly rich. The history of Trivia: A Journal of Ideas is a fascinating one and Weil’s commitment to lesbian theory and lesbian writing are inspiring.” ―Julie R. Enszer, author of Avowed and editor of Sinister Wisdom 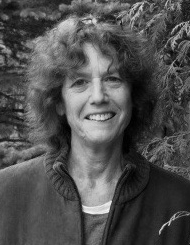 Lise Weil founded Trivia: A Journal of Ideas, an award-winning radical feminist literary and political magazine, in 1982, which she edited for nine years. Weil’s short fiction, essays, reviews, literary nonfiction, and translations have been published widely in journals in both Canada and the United States. She teaches in the Individualized Master’s program in Goddard College’s Graduate Institute. She lives in Montreal and spends summers in a cabin in the woods north of the city, where she hosts annual retreats for women writers centered around dreamwork.