June 1937. Elizabeth Bishop, still only a young woman and not yet one of the most influential poets of the twentieth century, arrives in France with her college roommates. They are in search of an escape, and inspiration, far from the protective world of Vassar College where they were expected to find an impressive husband, a quiet life, and act accordingly. But the world is changing, and as they explore the City of Light, the larger threats of fascism and occupation are looming. There, they meet a community of upper-crust expatriates who not only bring them along on a life-changing adventure, but also into an underground world of rebellion that will quietly alter the course of Elizabeth’s life forever.

Paris, 7 A.M. imagines 1937—the only year Elizabeth, a meticulous keeper of journals, didn’t fully chronicle—in vivid detail and brings us from Paris to Normandy where Elizabeth becomes involved with a group rescuing Jewish “orphans” and delivering them to convents where they will be baptized as Catholics and saved from the impending horror their parents will face.

Poignant and captivating, Liza Wieland’s Paris, 7 A.M. is a beautifully rendered take on the formative years of one of America’s most celebrated—and mythologized—female poets.

“Striking imagery and sharp, distinctive language shimmer in Wieland’s haunting fifth novel, which imagines American poet Elizabeth Bishop as a young woman. . . . [Wieland’s] dreamlike juxtapositions of the searing and the sensual probe the artistic process, the power of the mother-daughter bond, and the creative coming-of-age of one of America’s greatest poets.”
—Publishers Weekly, starred review

"The life of extraordinary poet Elizabeth Bishop is a more than challenging subject for fiction, but Liza Wieland, in this rendering, captures a sensibility that is believable as Bishop’s, complete with its sometimes acerbic lucidity, its wit, and crystalline precision of mind. Paris, 7 A.M. stands with works like Colm Toibin’s The Master in its startlingly credible rendition of the inner life of a great artist of our time." —Madison Smartt Bell, author of Master of the Crossroads and Devil’s Dream

“Wieland’s prose is simultaneously poetic and sparse, much like Bishop’s poems. . . . In college, Bishop contemplated what it meant to keep her “eyes open” and attain a deeper vision that could reorder pieces of the past and present into coherence, like a cubist painting or modernist collage, a feat she achieved in writing. Wieland’s rendition of Bishop’s life aptly and beautifully mirrors that process.” —Booklist 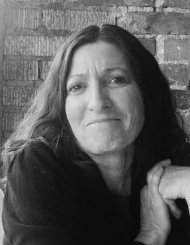 Liza Wieland is the author of seven works of fiction and a volume of poems. She has received fellowships from the National Endowment for the Arts, the Christopher Isherwood Foundation, and the North Carolina Arts Council. She is the 2017 winner of the Robert Penn Warren Prize from the Fellowship of Southern Writers. Her novel, A Watch of Nightingales, won the 2008 Michigan Literary Fiction Award, and her most recent novel, Land of Enchantment, was a longlist finalist for the 2016 Chautauqua Prize. She teaches at East Carolina University.