Saving America's Cities:
Ed Logue and the Struggle to Renew Urban America in the Suburban Age

In twenty-first-century America, some cities are flourishing and others are struggling, but they all must contend with deteriorating infrastructure, economic inequality, and unaffordable housing. Cities have limited tools to address these problems, and many must rely on the private market to support the public good.

It wasn’t always this way. For almost three decades after World War II, even as national policies promoted suburban sprawl, the federal government underwrote renewal efforts for cities that had suffered during the Great Depression and the war and were now bleeding residents into the suburbs. In Saving America’s Cities, the prizewinning historian Lizabeth Cohen follows the career of Edward J. Logue, whose shifting approach to the urban crisis tracked the changing balance between government-funded public programs and private interests that would culminate in the neoliberal rush to privatize efforts to solve entrenched social problems. A Yale-trained lawyer, rival of Robert Moses, and sometime critic of Jane Jacobs, Logue saw renewing cities as an extension of the liberal New Deal. He worked to revive a declining New Haven, became the architect of the “New Boston” of the 1960s, and, later, led New York State’s Urban Development Corporation, which built entire new towns, including Roosevelt Island in New York City.

Logue’s era of urban renewal has a complicated legacy: Neighborhoods were demolished and residents dislocated, but there were also genuine successes and progressive goals. Saving America’s Cities is a dramatic story of heartbreak and destruction but also of human idealism and resourcefulness, opening up possibilities for our own time.

"For a few decades near the end of the twentieth century, the United States embraced the idea that it was the government’s responsibility to rebuild the country’s deteriorating cities. In her vividly told and meticulously researched biography of Edward Logue, the high-flying master rebuilder of East Coast cities, Lizabeth Cohen has brought this vanished era fully back to life, and persuasively demanded a new respect for its achievements." ―Nicholas Lemann, Joseph Pulitzer II and Edith Pulitzer Moore Professor of Journalism, Columbia University, and author of Transaction Man

"Lizabeth Cohen has written a terrific biography of the American city planner Ed Logue―a man of huge talent and equally staggering ego. Her account of Logue's rise and fall is both personally gripping and illuminates how American cities in the last century have tried, and failed, to balance the claims of cash, class, and race. Her scholarship is impeccable; her writing is a sheer pleasure." ―Richard Sennett, Centennial Professor of Sociology, London School of Economics, and author of Building and Dwelling

"In this myth-shattering book, Liz Cohen offers an important reassessment of urban renewal in postwar America. Clear-eyed and convincing, Saving America’s Cities not only accounts for the failures of federal policies in this period but also salvages the often-overlooked success stories as well. In the end, Cohen makes great use of the past to suggest new paths for the future." ―Kevin M. Kruse, Professor of History, Princeton University 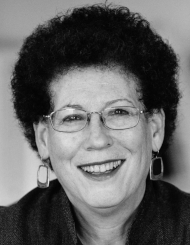