The Great Fire:
One American's Mission to Rescue Victims of the 20th Century's First Genocide

Harvard Book Store welcomes professor of journalism at Boston Univeristy LOU URENECK for a discussion of his latest book, The Great Fire: One American's Mission to Rescue Victims of the 20th Century's First Genocide.

The harrowing story of a Methodist Minister and a principled American naval officer who helped rescue more than 250,000 refugees during the genocide of Armenian and Greek Christians—a tale of bravery, morality, and politics, published to coincide with the genocide’s centennial.

The year was 1922: World War I had just come to a close, the Ottoman Empire was in decline, and Asa Jennings, a YMCA worker from upstate New York, had just arrived in the quiet coastal city of Smyrna to teach sports to boys. Several hundred miles to the east in Turkey’s interior, tensions between Greeks and Turks had boiled over into deadly violence. Mustapha Kemal, now known as Ataturk, and his Muslim army soon advanced into Smyrna, a Christian city, where a half a million terrified Greek and Armenian refugees had fled in a desperate attempt to escape his troops. Turkish soldiers proceeded to burn the city and rape and kill countless Christian refugees. Unwilling to leave with the other American civilians and determined to get Armenians and Greeks out of the doomed city, Jennings worked tirelessly to feed and transport the thousands of people gathered at the city’s Quay.

With the help of the brilliant naval officer and Kentucky gentleman Halsey Powell, and a handful of others, Jennings commandeered a fleet of unoccupied Greek ships and was able to evacuate a quarter million innocent people—an amazing humanitarian act that has been lost to history, until now. Before the horrible events in Turkey were complete, Jennings had helped rescue a million people.

By turns harrowing and inspiring, The Great Fire uses eyewitness accounts, documents, and survivor narratives to bring this episode—extraordinary for its brutality as well as its heroism—to life. 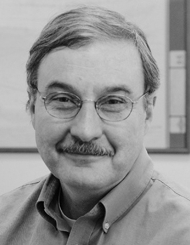 Lou Ureneck is the author of Backcast, which won the National Outdoor Book Award in 2007. His most recent book, Cabin, was published in the fall of 2011 by Viking Press. A former Nieman fellow, Ureneck was the deputy managing editor of The Philadelphia Inquirer, in charge of the paper’s front page and nightly news operation. His writing has appeared in numerous publications including The New York Times and the Boston Globe. Ureneck’s work includes the development of two websites that were named among the best in the nation and a study of newspaper economics for the Nieman Foundation titled The Business of News. He recently returned from Kiev, where he taught at the National University’s prestigious Mohyla Academy under a Fulbright grant.