The Slave's Cause:
A History of Abolition

Harvard Book Store, the Hutchins Center for African and African American Research, and Mass Humanities welcome University of Massachusetts, Amherst, professor MANISHA SINHA for a discussion of her book The Slave's Cause: A History of Abolition.

About The Slave's Cause

Received historical wisdom casts abolitionists as bourgeois, mostly white reformers burdened by racial paternalism and economic conservatism. Manisha Sinha overturns this image, broadening her scope beyond the antebellum period usually associated with abolitionism and recasting it as a radical social movement in which men and women, black and white, free and enslaved found common ground in causes ranging from feminism and utopian socialism to anti-imperialism and efforts to defend the rights of labor. Drawing on extensive archival research, including newly discovered letters and pamphlets, Sinha documents the influence of the Haitian Revolution and the centrality of slave resistance in shaping the ideology and tactics of abolition. This book is a comprehensive new history of the abolition movement in a transnational context. It illustrates how the abolitionist vision ultimately linked the slave’s cause to the struggle to redefine American democracy and human rights across the globe.

“In emphasizing abolitionism’s long historical trajectory, its international perspective, and its interracial character, Sinha situates her story firmly within the most up-to-date trends in historical writing; and with her extensive research and broad command of the era, she has produced a work of high originality and broad popular appeal.” —Eric Foner, Pulitzer Prize–winning author of The Fiery Trial: Abraham Lincoln and American Slavery

"[A] comprehensive survey of the abolitionist movement in Colonial and independent America . . . Covers a great deal of ground well. . . . Wide-ranging and admirably ambitious." —Kirkus Reviews 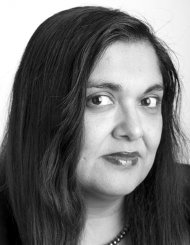 Manisha Sinha is a Professor of Afro-American Studies and History at the University of Massachusetts, Amherst. She is the author of The Counterrevolution of Slavery: Politics and Ideology in Antebellum South Carolina (University of North Carolina Press, 2000) which was named one of the ten best books on slavery recently and The Slave's Cause: A History of Abolition (Yale University Press, 2016). She is also a contributing author of The Abolitionist Imagination (Harvard University Press, 2012). She is a co-editor of the two volume African American Mosaic: A Documentary History from the African Slave Trade to the Twenty First Century (Prentice Hall, 2004) and Contested Democracy: Freedom, Race and Power in American History (Columbia University Press, 2007). In 2011, she was awarded the Chancellor's Medal, the highest honor bestowed on faculty at the University of Massachusetts and delivered the Distinguished Faculty Lecture. In 2006, she was elected a member of the American Antiquarian Society and in 2003, she was appointed to the Organization of American Historians’ Distinguished Lecture Series. Sinha is the recipient of numerous fellowships, including from the National Endowment for the Humanities.