Unnatural Selection:
Choosing Boys Over Girls, and the Consequences of a World Full of Men

Harvard Book Store is very pleased to welcome journalist MARA HVISTENDAHL as she discusses global gender disparity and her new book, Unnatural Selection: Choosing Boys Over Girls, and the Consequences of a World Full of Men.

Lianyungang, a booming port city, has China's most extreme gender ratio for children under four: 163 boys for every 100 girls. These numbers don't seem terribly grim, but in ten years, the skewed sex ratio will pose a colossal challenge. By the time those children reach adulthood, their generation will have twenty-four million more men than women.

The prognosis for China's neighbors is no less bleak: Asia now has 163 million females "missing" from its population. Gender imbalance reaches far beyond Asia, affecting Georgia, Eastern Europe, and cities in the U.S. where there are significant immigrant populations. The world, therefore, is becoming increasingly male, and this mismatch is likely to create profound social upheaval.

Historically, eras in which there have been an excess of men have produced periods of violent conflict and instability. Mara Hvistendahl's new book does not flinch from examining not only the consequences of the misbegotten policies of sex selection but Western complicity with them. 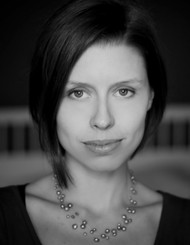 Mara Hvistendahl's writing has appeared in Harper's, The New Republic, Scientific American, the Financial Times magazine, Popular Science, Foreign Policy, and the Los Angeles Times. A correspondent for the Chronicle of Higher Education and former contributing editor at Seed magazine, Mara has won an Education Writers Association award and been nominated for the Newswomen's Club of New York Front Page Award.