Twelve Caesars:
Images of Power from the Ancient World to the Modern

in conversation with EMMA DENCH

Harvard Book Store's virtual event series welcomes renowned classicist MARY BEARD—the bestselling author of SPQR: A History of Ancient Rome and How Do We Look: The Body, the Divine, and the Question of Civilization—for a discussion of her latest, highly anticipated book, Twelve Caesars: Images of Power from the Ancient World to the Modern. She will be joined in conversation by EMMA DENCH, the McLean Professor of Ancient and Modern History and of the Classics at Harvard University.

Admission Ticket - $41.00: Includes one admission link and one copy of Twelve Caesars. U.S. shipping also included. Books will be shipped to ticket-holders following the event. Please note: we are unable to ship internationally.

What does the face of power look like? Who gets commemorated in art and why? And how do we react to statues of politicians we deplore? In this book—against a background of today’s “sculpture wars”—Mary Beard tells the story of how for more than two millennia portraits of the rich, powerful, and famous in the western world have been shaped by the image of Roman emperors, especially the “Twelve Caesars,” from the ruthless Julius Caesar to the fly-torturing Domitian. Twelve Caesars asks why these murderous autocrats have loomed so large in art from antiquity and the Renaissance to today, when hapless leaders are still caricatured as Neros fiddling while Rome burns.

Beginning with the importance of imperial portraits in Roman politics, this richly illustrated book offers a tour through 2,000 years of art and cultural history, presenting a fresh look at works by artists from Memling and Mantegna to the nineteenth-century American sculptor Edmonia Lewis, as well as by generations of weavers, cabinetmakers, silversmiths, printers, and ceramicists. Rather than a story of a simple repetition of stable, blandly conservative images of imperial men and women, Twelve Caesars is an unexpected tale of changing identities, clueless or deliberate misidentifications, fakes, and often ambivalent representations of authority.

From Beard’s reconstruction of Titian’s extraordinary lost Room of the Emperors to her reinterpretation of Henry VIII’s famous Caesarian tapestries, Twelve Caesars includes fascinating detective work and offers a gripping story of some of the most challenging and disturbing portraits of power ever created.

"We talk about Beard’s book, out later this year, on images of the Roman emperors from the ancient world to now. It will have that distinctive focus of hers: not just who the emperors were and what they did, but how we think about them. In her work, the consumption of classical culture is as revealing as the culture itself." —Josh Spero, Financial Times

“As this book triumphantly demonstrates, there is no one on the face of the planet better qualified than Mary Beard to guide us through the great hall of mirrors, labyrinthine and treacherous as it is, that separates us from the Twelve Caesars.” —Tom Holland, author of Rubicon: The Last Years of the Roman Republic

“Deftly weaving together past and present, this elegantly written book analyzes the allure of Roman imperial iconography from the early modern period up to the present day. Often reading like a detective novel, it focuses on the formation of a canonical group of twelve Caesars that were invented and reinvented, interpreted and reinterpreted, for purposes that varied from a simple lust for collecting to political self-fashioning.” —Patricia Fortini Brown, author of The Venetian Bride: Bloodlines and Blood Feuds in Venice and Its Empire 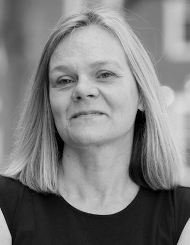 Emma Dench is the author of From Barbarians to New Men: Greek, Roman, and Modern Perceptions of Peoples from the Central Apennines and Romulus’ Asylum: Roman Identities from the Age of Alexander to the Age of Hadrian. She is currently completing “Imperialism and Culture in the Roman World” for the Cambridge University Press series Key Themes in Ancient History. Other current projects include a study of the retrospective writing of the Roman Republican past in classical antiquity. 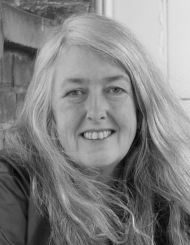 Mary Beard is one of the world’s leading classicists and cultural commentators. A specialist in Roman history and art, she is professor of classics at the University of Cambridge and the author of bestselling and award-winning books, including SPQR: A History of Ancient Rome and Women and Power: A Manifesto. She has also written and presented many television programs, from Civilisations and Meet the Romans to The Shock of the Nude. She lives in Cambridge, England.