Ghost Work:
How to Stop Silicon Valley from Building a New Global Underclass

in conversation with GIDEON LICHFIELD

Harvard Book Store welcomes anthropologist and Microsoft Senior Researcher MARY L. GRAY for a discussion of her latest book, Ghost Work: How to Stop Silicon Valley from Building a New Global Underclass, co-authored by Siddharth Suri. She will be joined in conversation by GIDEON LICHFIELD, editor-in-chief of MIT Technology Review.

Hidden beneath the surface of the web, lost in our wrong-headed debates about AI, a new menace is looming. Anthropologist Mary L. Gray and computer scientist Siddharth Suri team up to unveil how services delivered by companies like Amazon, Google, Microsoft, and Uber can only function smoothly thanks to the judgment and experience of a vast, invisible human labor force. These people doing "ghost work" make the internet seem smart. They perform high-tech piecework: flagging X-rated content, proofreading, designing engine parts, and much more. An estimated 8 percent of Americans have worked at least once in this “ghost economy,” and that number is growing. They usually earn less than legal minimums for traditional work, they have no health benefits, and they can be fired at any time for any reason, or none.

There are no labor laws to govern this kind of work, and these latter-day assembly lines draw in—and all too often overwork and underpay—a surprisingly diverse range of workers: harried young mothers, professionals forced into early retirement, recent grads who can’t get a toehold on the traditional employment ladder, and minorities shut out of the jobs they want. Gray and Suri also show how ghost workers, employers, and society at large can ensure that this new kind of work creates opportunity—rather than misery—for those who do it.

"Revealing . . . sympathetically tells the stories of “ghost workers” who assist computers in replicating human cognition . . . this compassionate and informative study is a must-read for anyone interested in the future of work." —Publishers Weekly

“An uncompromising, data-based, yet heartfelt exploration of how digital technologies have allowed corporations to write human beings even further out of the value equation, as well as how we can restore dignity and prosperity to the lives of the invisible workforce. The first step in building solidarity is simply knowing there are people out there.” —Douglas Rushkoff, author of Team Human

"Ghost Work is a stunning book, just the wake-up call we need to shatter the credulous belief that artificial intelligence is ‘replacing' workers. . . . Scrupulously researched and deeply humane, Ghost Work is at once a sobering reminder of what could happen if we allow algorithmic cruelty and exploitative labor practices to flourish and an inspiring call to defend the dignity and value of human labor." —Virginia Eubanks, author of Automating Inequality 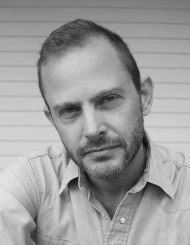 Gideon Lichfield has been the editor-in-chief of MIT Technology Review since December 2017. He spent 16 years at The Economist, first as a science and technology writer and then in postings to Mexico City, Moscow, Jerusalem, and New York City. In 2012 he left to become one of the founding editors of Quartz, a news outlet dedicated to covering the future of the global economy that is now widely recognized as one of the most innovative companies in digital media. Gideon has taught journalism at New York University and been a fellow at Data & Society, a research institute devoted to studying the social impacts of new technology. He grew up in the UK and studied physics and the philosophy of science. 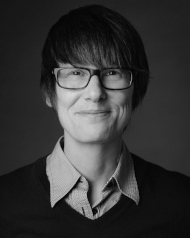 Mary L. Gray is a Fellow at Harvard University's Berkman Klein Center for Internet and Society and a Senior Researcher at Microsoft Research. She maintains a faculty position in the School of Informatics, Computing, and Engineering with affiliations in Anthropology, Gender Studies and the Media School, at Indiana University. Her other books include In Your Face: Stories from the Lives of Queer Youth, Queering the Countryside: New Directions in Rural Queer Studies, and Out in the Country: Youth, Media, and Queer Visibility in Rural America.