in conversation with ALEXANDRA VACROUX

UPDATED LOCATION:
This event will now take place
at the Harvard Science Center in Hall B

Please note the updated venue for this event. This event will now take place at at the Harvard Science Center in Hall B.

Harvard Book Store and Mass Humanities welcome National Book Award–winning journalist MASHA GESSEN and acclaimed photographer MISHA FRIEDMAN for a discussion of their new book, Never Remember: Searching for Stalin's Gulags in Putin's Russia. They will be joined in conversation by ALEXANDRA VACROUX, the Executive Director of the Davis Center for Russian and Eurasian Studies at Harvard University.

The Gulag was a monstrous network of labor camps that held and killed millions of prisoners from the 1930s to the 1950s. More than half a century after the end of Stalinist terror, the geography of the Gulag has been barely sketched and the number of its victims remains unknown. Has the Gulag been forgotten?

Writer Masha Gessen and photographer Misha Friedman set out across Russia in search of the memory of the Gulag. They journey from Moscow to Sandarmokh, a forested site of mass executions during Stalin’s Great Terror; to the only Gulag camp turned into a museum, outside of the city of Perm in the Urals; and to Kolyma, where prisoners worked in deadly mines in the remote reaches of the Far East. They find that in Vladimir Putin’s Russia, where Stalin is remembered as a great leader, Soviet terror has not been forgotten—it was never remembered in the first place.

“Drawing on years of interviews, research, and travel, Gessen and photographer Friedman reflect on complex Russian attitudes to the legacy of the gulag in this vital collection of essays and photographs . . . Friedman’s moody, panoramic black-and-white photos of the memorial sites convey a narrative that’s fragmented, blurry, and ultimately incomplete, perfectly underscoring Gessen’s text. The combination is a powerful meditation on contemporary Russia as seen through its relationship to the past.” —Publishers Weekly (starred review)

“If one were needed, a sure sign of the increasingly totalitarian drift of Putin’s Russia is the steady rehabilitation of Stalin, long hidden away but now safe enough to be commemorated at a Moscow subway stop . . . A book that belongs on the shelf alongside The Gulag Archipelago.” —Kirkus Reviews 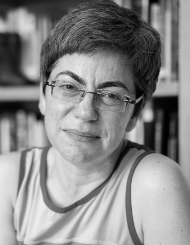 Alexandra Vacroux is Executive Director of the Davis Center for Russian and Eurasian Studies at Harvard University and a Lecturer in the Government Department. 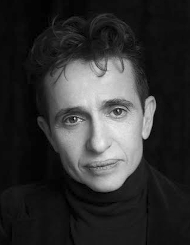 Masha Gessen is the author of ten books, including the just published Surviving Autocracy, the National Book Award-winning The Future Is History: How Totalitarianism Reclaimed Russia and The Man Without a Face: The Unlikely Rise of Vladimir Putin. A staff writer at The New Yorker and the recipient of numerous awards, including a Guggenheim Fellowship and a Carnegie Fellowship, Gessen teaches at Bard College and lives in New York City. 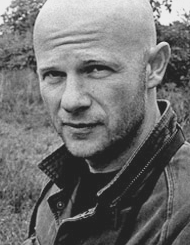 Misha Friedman is a photographer whose work is regularly featured in leading publications, including The New Yorker, Time, Der Spiegel, Le Monde and The New York Times. He is the author of Lyudmila and Natasha: Russian Lives and Photo 51. Friedman's photography awards include grants from the Pulitzer Center for Crisis Reporting, and his photographs have been exhibited in museums and galleries across the world. A native of Moldova, Friedman lives with his family in New York City.

All pre-sales tickets include a copy of Never Remember, admission into the event, and a $5 coupon for use in the bookstore. Pre-sales tickets (online only) are available for two weeks, after which a $5 ticket option will also go on sale. Books bundled with pre-sale tickets may only be picked up at the venue the night of the event, and cannot be picked up in-store beforehand.