The Female Persuasion:
A Novel

in conversation with CELESTE NG

Harvard Book Store welcomes the acclaimed author of The Interestings MEG WOLITZER for a discussion of her latest book, The Female Persuasion: A Novel. She will be joined in conversation by award-winning local author CELESTE NG.

About The Female Persuasion

To be admired by someone we admire—we all yearn for this: the private, electrifying pleasure of being singled out by someone of esteem. But sometimes it can also mean entry to a new kind of life, a bigger world.

Greer Kadetsky is a shy college freshman when she meets the woman she hopes will change her life. Faith Frank, dazzlingly persuasive and elegant at sixty-three, has been a central pillar of the women's movement for decades, a figure who inspires others to influence the world. Upon hearing Faith speak for the first time, Greer- madly in love with her boyfriend, Cory, but still full of longing for an ambition that she can't quite place- feels her inner world light up. And then, astonishingly, Faith invites Greer to make something out of that sense of purpose, leading Greer down the most exciting path of her life as it winds toward and away from her meant-to-be love story with Cory and the future she'd always imagined.

Charming and wise, knowing and witty, Meg Wolitzer delivers a novel about power and influence, ego and loyalty, womanhood and ambition. At its heart, The Female Persuasion is about the flame we all believe is flickering inside of us, waiting to be seen and fanned by the right person at the right time. It's a story about the people who guide and the people who follow (and how those roles evolve over time), and the desire within all of us to be pulled into the light.

"Finally, a novel about a complicated relationship that doesn’t get nearly enough attention: that between mentor and mentee. Full of Meg Wolitzer's signature acumen and insight." —Esquire

“Wolitzer is one of those rare novelists who are able to capture the zeitgeist . . . A master weaver of story lines.” —The Millions

“Ambitious and satisfying . . . This insightful and resonant novel explores what it is to both embrace womanhood and suffer because of it.” —Publishers Weekly, starred review 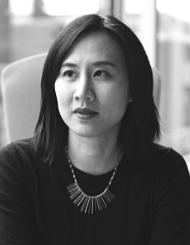 Celeste Ng is the number one New York Times bestselling author of Everything I Never Told You and Little Fires Everywhere. Her third novel, Our Missing Hearts, will be published in October 2022. Ng is the recipient of fellowships from the National Endowment for the Arts and the Guggenheim Foundation, and her work has been published in over thirty languages. 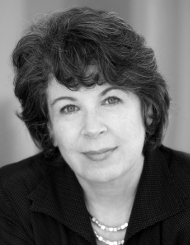 Meg Wolitzer is the New York Times-bestselling author of The Interestings, The Uncoupling, The Ten-Year Nap, The Position, The Wife, and Sleepwalking. She is also the author of the young adult novel Belzhar. Wolitzer lives in New York City.