in conversation with CLAIRE MESSUD

Harvard Book Store and GrubStreet welcome MENG JIN—Kundiman Fellow and Harvard alumna—for a discussion of her debut novel, Little Gods. She will be joined in conversation by acclaimed local novelist, CLAIRE MESSUD.

On the night of June Fourth, a woman gives birth in a Beijing hospital alone. Thus begins the unraveling of Su Lan, a brilliant physicist who until this moment has successfully erased her past, fighting what she calls the mind’s arrow of time.

When Su Lan dies unexpectedly seventeen years later, it is her daughter Liya who inherits the silences and contradictions of her life. Liya, who grew up in America, takes her mother’s ashes to China—to her, an unknown country. In a territory inhabited by the ghosts of the living and the dead, Liya’s memories are joined by those of two others: Zhu Wen, the woman last to know Su Lan before she left China, and Yongzong, the father Liya has never known. In this way a portrait of Su Lan emerges: an ambitious scientist, an ambivalent mother, and a woman whose relationship to her own past shapes and ultimately unmakes Liya’s own sense of displacement.

A story of migrations literal and emotional, spanning time, space and class, Little Gods is a sharp yet expansive exploration of the aftermath of unfulfilled dreams, an immigrant story in negative that grapples with our tenuous connections to memory, history, and self.

“Meng Jin is a writer whose sweep is as intimate as it is global. Little Gods is a novel about the heart-wracking ways in which we move through history and time. A fierce and intelligent debut from a writer with longitude and latitude embedded in her vision.” —Colum McCann

“Meng Jin’s beautiful debut novel is ambitious in the best ways: meticulously observed, daringly imagined, rich in character and history. Ranging across continents, cultures and generations, Jin poses profound questions: how might we know ourselves, or the people we love? And what truths, if any, travel with us?” —Claire Messud

“A brilliant debut—intellectually bold but with a startling emotional core, Meng Jin’s Little Gods is a huge pleasure. Watch out: this writer’s career has just begun. What delights above all is literary ambition—Meng Jin’s gift merges science, politics and art—the kind of audacity our world needs now.” —Gina Apostol 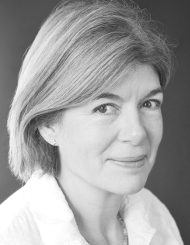 Claire Messud is a recipient of Guggenheim and Radcliffe Fellowships and the Strauss Living Award from the American Academy of Arts and Letters. The author of seven previous works of fiction including her most recent novel, The Burning Girl, Messud lives in Cambridge, Massachusetts, with her family. 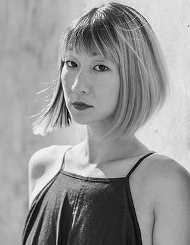 Meng Jin was born in Shanghai and lives in San Francisco. A Kundiman Fellow, she is a graduate of Harvard and Hunter College. Little Gods is her first novel.