in conversation with REMBERT BROWNE

Harvard Book Store's virtual event series welcomes celebrated essayist MICHAEL ARCENEAUX—author of I Can't Date Jesus: Love, Sex, Family, Race, and Other Reasons I’ve Put My Faith in Beyoncé—for a discussion of his latest essay collection, I Don't Want to Die Poor. He will be joined in conversation by writer REMBERT BROWNE, Creative Lead for Brand & Voice at Twitter and former writer-at-large for New York Magazine.

About I Don't Want to Die Poor

Ever since Oprah Winfrey told the 2007 graduating class of Howard University, “Don’t be afraid,” Michael Arceneaux has been scared to death. You should never do the opposite of what Oprah instructs you to do, but when you don’t have her pocket change, how can you not be terrified of the consequences of pursuing your dreams?

Michael has never shied away from discussing his struggles with debt, but in I Don’t Want to Die Poor, he reveals the extent to which it has an impact on every facet of his life—how he dates; how he seeks medical care (or in some cases, is unable to); how he wrestles with the question of whether or not he should have chosen a more financially secure path; and finally, how he has dealt with his “dream” turning into an ongoing nightmare as he realizes one bad decision could unravel all that he’s earned. You know, actual “economic anxiety.”

I Don’t Want to Die Poor is an unforgettable and relatable examination about what it’s like leading a life that often feels out of your control. But in Michael’s voice that’s “as joyful as he is shrewd” (BuzzFeed), these razor-sharp essays will still manage to make you laugh and remind you that you’re not alone in this often intimidating journey.

Praise for I Don't Want to Die Poor

“I Don't Want to Die Poor is somehow funnier, darker, and actually more incredibly well-written than I Can't Date Jesus. And I have no clue how Arceneaux managed to do that. This book is further proof Michael should replace Ben Carson as director of HUD.” —Kiese Laymon, author of Heavy: An American Memoir

“In his brilliant I Don't Want to Die Poor, Michael Arceneaux is both witty and wise, always a difficult mix, in his nervy and provocative tale of his life a young, gay black man in a country that is crushing him with debt. Over and over again, he crawls out from under it reenergized with good humor and inner strength. He shares a very authentic and relatable story of how hard it is to be poor and still pursue your dreams as he fields calls from debt collectors even as he travels to prestigious speaking engagements. The essays in this book will make you laugh until you cry and cry until you laugh.” —Soledad O’Brien, Host of Matter of Fact with Soledad O’Brien

“Michael Arceneaux has succeeded in capturing a fear that many Americans are likely gripped by. The mighty dollar, or the lack of such might, can be the source of shame. And it’s not easy admitting that truth. But Arceneaux, writing with dazzling wit and keen wisdom, invites the reader to consider the economics at the heart of his Black queer life. In his singular voice, he riffs on sex, dating, his career, and much else in a way that will have you giggling and scratching your head at the same damn time.” —Darnell L. Moore, author of No Ashes in the Fire: Coming of Age Black & Free in America 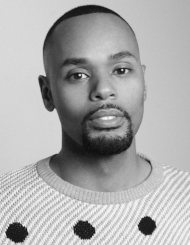 Michael Arceneaux is a Houston-bred, Howard University-educated writer currently living in Harlem. Covering issues related to culture, sexuality, religion, race, and Beyoncé, Michael has written for Complex, Essence, The Guardian, New York Magazine, the New York Times, The Root, and many other publications. Additionally, he has lent his commentary to such outlets as MSNBC, NPR, SiriusXM, VH1, and Viceland. 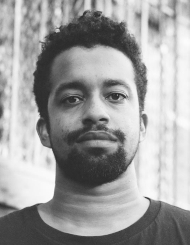 Rembert Browne is a writer from Atlanta, Georgia. Currently the Creative Lead for Brand & Voice at Twitter, he was previously a writer-at-large at New York Magazine and a staff writer at Grantland.