Presidents of War:
The Epic Story, from 1807 to Modern Times

About Presidents of War

Ten years in the research and writing, Presidents of War is a fresh, magisterial, intimate look at a procession of American leaders as they took the nation into conflict and mobilized their country for victory. It brings us into the room as they make the most difficult decisions that face any President, at times sending hundreds of thousands of American men and women to their deaths.

From James Madison and the War of 1812 to recent times, we see them struggling with Congress, the courts, the press, their own advisors and antiwar protesters; seeking comfort from their spouses, families and friends; and dropping to their knees in prayer. We come to understand how these Presidents were able to withstand the pressures of war—both physically and emotionally—or were broken by them.

Beschloss’s interviews with surviving participants in the drama and his findings in original letters, diaries, once-classified national security documents, and other sources help him to tell this story in a way it has not been told before. Presidents of War combines the sense of being there with the overarching context of two centuries of American history. This important book shows how far we have traveled from the time of our Founders, who tried to constrain presidential power, to our modern day, when a single leader has the potential to launch nuclear weapons that can destroy much of the human race.

"In this brilliant work, Michael Beschloss burnishes his already bright reputation. He tells a gripping tale of courage and mendacity as well as recurring defiance of the constitutional requirement to seek congressional approval for making war. A monumental and profoundly important achievement.” —Ron Chernow, Pulitzer Prize–winning author of Grant

“In this monumental book, the incomparable Michael Beschloss tells the riveting story of how, through history, our Presidents came to be so powerful and to lead Americans into waging major wars. With his new research discoveries and unerring eye for human detail, Beschloss has brought us an unforgettable narrative. Presidents of War is a landmark book about power, leadership and human nature itself.” —Jon Meacham, Pulitzer Prize–winning author of The Soul of America

"There is no more serious task a President can undertake than leading our nation in war time. With Presidents of War, Michael Beschloss, our leading historian of the American presidency, presents a deeply researched and elegantly written chronicle of how presidents from the early nineteenth century through modern time have handled this most daunting and important responsibility. Revealing both the high points and the low, and using newly available material, Beschloss tells us much we did not know about important events and gives a different perspective on things we thought we knew." —Annette Gordon-Reed, Pulitzer Prize–winning author of The Hemingses of Monticello and Charles Warren Professor of American Legal History at Harvard Law School 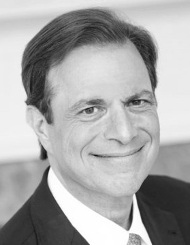 Michael Beschloss is the author of nine books on presidential history, including, most recently, the New York Times best sellers Presidential Courage and The Conquerors, as well as two volumes on President Lyndon Johnson’s secret tapes. He was also editor of the number one global bestseller Jacqueline Kennedy: Historic Conversations on Life with John F. Kennedy. He is the NBC News Presidential Historian and a PBS NewsHour contributor, and he has received an Emmy and six honorary degrees.

Tickets are available online only at harvard.com and harvardbookstore.eventbrite.com. All tickets for this event include a $5 coupon for use in the bookstore. Pre-sale tickets include a copy of Presidents of War. Books bundled with pre-sale tickets may only be picked up at the venue the night of the event, and cannot be picked up in-store beforehand.