The Next Convergence:
The Future of Economic Growth in a Multispeed World

Harvard Book Store is pleased to welcome Nobel Prize–winning economist MICHAEL SPENCE for a discussion of his new book, The Next Convergence: The Future of Economic Growth in a Multispeed World.

With the British Industrial Revolution, part of the world’s population started to experience extraordinary economic growth—leading to enormous gaps in wealth and living standards between the industrialized West and the rest of the world. This pattern of divergence reversed after World War II, and now we are midway through a century of high and accelerating growth in the developing world and a new convergence with the advanced countries—a trend that is set to reshape the world.

Michael Spence explains what happened to cause this dramatic shift in the prospects of the five billion people who live in developing countries. The growth rates are extraordinary, and continuing them presents unprecedented challenges in governance, international coordination, and ecological sustainability. The implications for those living in the advanced countries are great but little understood. 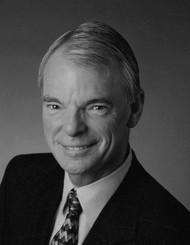 Michael Spence is a Professor of Economics at the Stern School of Business at New York University, a senior fellow at the Hoover Institution, and was the chairman of the independent Commission on Growth and Development. Winner of the Nobel 2001 Prize in Economic Sciences, he lives in California and Italy.