A Lot of People Are Saying:
The New Conspiracism and the Assault on Democracy

Harvard Book Store and the Edmond J. Safra Center for Ethics welcome authors and professors NANCY L. ROSENBLUM and RUSSELL MUIRHEAD for a discussion of their new co-authored book, A Lot of People Are Saying: The New Conspiracism and the Assault on Democracy. This event is also sponsored in part by Mass Humanities.

About A Lot of People Are Saying

Classic conspiracy theory insists that things are not what they seem and gathers evidence―especially facts ominously withheld by official sources―to tease out secret machinations. The new conspiracism is different. There is no demand for evidence, no dots revealed to form a pattern, no close examination of shadowy plotters. Dispensing with the burden of explanation, the new conspiracism imposes its own reality through repetition (exemplified by the Trump catchphrase "a lot of people are saying") and bare assertion ("rigged!").

The new conspiracism targets democratic foundations―political parties and knowledge-producing institutions. It makes it more difficult to argue, persuade, negotiate, compromise, and even to disagree. Ultimately, it delegitimates democracy.

Filled with vivid examples, A Lot of People Are Saying diagnoses a defining and disorienting feature of today's politics and offers a guide to responding to the threat.

Praise for A Lot of People Are Saying

"If there is one industry that has increased its productivity in recent years, it is the manufacture and marketing of conspiracies. Russell Muirhead and Nancy Rosenblum brilliantly analyze how this happened and why it is a problem for our democracy―and also our capacity to build and sustain community. A Lot of People Are Saying offers a bracing diagnosis and thoughtful remedies. It's time, they insist, to speak truth to conspiracy." ―E. J. Dionne Jr., coauthor of One Nation After Trump

"This is a groundbreaking book that should define the current era of presidential malfeasance. With rigorous argumentation and excellent examples, it shows why Trump's words, as well as his actions, threaten American democracy." ―Corey Brettschneider, author of The Oath and the Office: A Guide to the Constitution for Future Presidents

"Timely and insightful. . . . A tremendous contribution. . . . It identifies and names a new style of political discourse and clarifies the danger it poses. . . . At a time when so much attention focuses on Trump’s formal abuses of power, A Lot of People Are Saying shines an illuminating spotlight on the even more destructive power of his words, and the wild eddies of unreason they unleash." —Lee Drutman, Washington Monthly 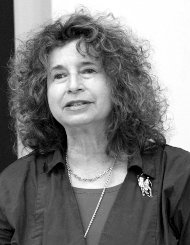 Nancy L. Rosenblum is the Senator Joseph Clark Research Professor of Ethics in Politics and Government at Harvard University. Her books include Good Neighbors: The Democracy of Everyday Life in America and On the Side of the Angels: An Appreciation of Parties and Partisanship. She lives in New York City. 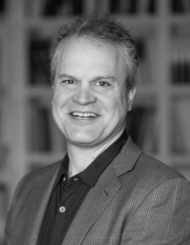 Russell Muirhead teaches political theory at Dartmouth College, where he directs the Political Economy Project. He is the author of Just Work and The Promise of Party in a Polarized Age.