"Keep the Damned Women Out":
The Struggle for Coeducation

Harvard Book Store welcomes NANCY WEISS MALKIEL, professor emeritus of history at Princeton University, for a discussion of her book "Keep the Damned Women Out": The Struggle for Coeducation.

About "Keep the Damned Women Out"

As the tumultuous decade of the 1960s ended, a number of very traditional, very conservative, highly prestigious colleges and universities in the United States and the United Kingdom decided to go coed, seemingly all at once, in a remarkably brief span of time. Coeducation met with fierce resistance. As one alumnus put it in a letter to his alma mater, "Keep the damned women out." Focusing on the complexities of institutional decision making, this book tells the story of this momentous era in higher education--revealing how coeducation was achieved not by organized efforts of women activists, but through strategic decisions made by powerful men.

In America, Ivy League schools like Harvard, Yale, Princeton, and Dartmouth began to admit women; in Britain, several of the men's colleges at Cambridge and Oxford did the same. What prompted such fundamental change? How was coeducation accomplished in the face of such strong opposition? How well was it implemented? Nancy Weiss Malkiel explains that elite institutions embarked on coeducation not as a moral imperative but as a self-interested means of maintaining a first-rate applicant pool. She explores the challenges of planning for the academic and non-academic lives of newly admitted women, and shows how, with the exception of Mary Ingraham Bunting at Radcliffe, every decision maker leading the charge for coeducation was male.

Drawing on unprecedented archival research, "Keep the Damned Women Out" is a breathtaking work of scholarship that is certain to be the definitive book on the subject.

"In describing how single-sex colleges responded to the surge of interest in coeducation in the late 1960s, Nancy Weiss Malkiel has written an exceptionally thoughtful, balanced, and judicious account of a subject that aroused passionate feelings at the time on both sides of the issue." —Derek Bok, president emeritus of Harvard University

"Malkiel's book will serve as the foundational work on which all future considerations of the drive for coeducation, begun during the late 1960s, will be based. Its broad field of vision offers a wealth of information about the nature of academic administration and collegiate life." —Helen Lefkowitz Horowitz, author of Alma Mater: Design and Experience in the Women's Colleges from Their Nineteenth-Century Beginnings to the 1930s 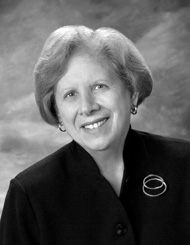 Nancy Weiss Malkiel is professor emeritus of history at Princeton University, where she was the longest-serving dean of the college, overseeing the university's undergraduate academic program for twenty-four years. Her books include Whitney M. Young, Jr., and the Struggle for Civil Rights and Farewell to the Party of Lincoln: Black Politics in the Age of FDR.