In the Hurricane's Eye:
The Genius of George Washington and the Victory at Yorktown

Harvard Book Store welcomes National Book Award–winning author NATHANIEL PHILBRICK for a discussion of his latest book, In the Hurricane's Eye: The Genius of George Washington and the Victory at Yorktown.

About In the Hurricane's Eye

In the fall of 1780, after five frustrating years of war, George Washington had come to realize that the only way to defeat the British Empire was with the help of the French navy. But as he had learned after two years of trying, coordinating his army's movements with those of a fleet of warships based thousands of miles away was next to impossible. And then, on September 5, 1781, the impossible happened. Recognized today as one of the most important naval engagements in the history of the world, the Battle of the Chesapeake—fought without a single American ship—made the subsequent victory of the Americans at Yorktown a virtual inevitability.

In a narrative that moves from Washington's headquarters on the Hudson River, to the wooded hillside in North Carolina where Nathanael Greene fought Lord Cornwallis to a vicious draw, to Lafayette's brilliant series of maneuvers across Tidewater Virginia, Philbrick details the epic and suspenseful year through to its triumphant conclusion. A riveting and wide-ranging story, full of dramatic, unexpected turns, In the Hurricane's Eye reveals that the fate of the American Revolution depended, in the end, on Washington and the sea.

"History at its most compelling: political machinations, military jostling, and outright treachery. And Philbrick's vivid writing brings the whistling cannon balls and half-frozen soldiers to life (and death) in vivid detail." —The Seattle Times

"The near-tragic nature of the drama hinges not on any military secrets Arnold gave to the British but on an open secret: the weakness of the patriot cause . . . Arnold's betrayal still makes for great drama, proving once again that the supposed villains of a story are usually the most interesting." —The New York Times Book Review

"Philbrick wants his readers to experience the terror, the suffering and the adrenaline rush of battle, and he wants us to grit our teeth at our early politicians who, by their pettiness and shortsightedness, shape military events as profoundly as generals and admirals do. Finally, he reveals the emotional and physical cost of war on colonial society. He succeeds on all fronts." —The Washington Post 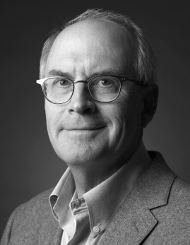 Tickets are available online only at harvard.com and harvardbookstore.eventbrite.com. All tickets for this event include a $5 coupon for use in the bookstore. Pre-sale tickets include a copy of In the Hurricane’s Eye. Books bundled with pre-sale tickets may only be picked up at the venue the night of the event, and cannot be picked up in-store beforehand.