Just the Funny Parts:
...And a Few Hard Truths About Sneaking into the Hollywood Boys' Club

in conversation with ERROL MORRIS

UPDATED LOCATION:
This event will now take place at the Cambridge Public Library

Harvard Book Store welcomes television writer, producer, and director NELL SCOVELL for a discussion of her new book, Just the Funny Parts: …And a Few Hard Truths About Sneaking into the Hollywood Boys’ Club. She will be joined in conversation by award-winning filmmaker and writer ERROL MORRIS.

Please note the updated venue for this event.

This event will now take place at the Cambridge Public Library, 449 Broadway. Seating is limited and will be available on a first come, first served basis. Seating and elevator access to the Lecture Hall (located on level L2) will begin at 6pm. An underground parking garage with access from Broadway is available when the library is open.

About Just the Funny Parts

Just the Funny Parts is a juicy and scathingly funny insider look at how pop culture gets made. For more than thirty years, writer, producer, and director Nell Scovell worked behind the scenes of iconic TV shows, including The Simpsons, Late Night with David Letterman, Murphy Brown, NCIS, The Muppets, and Sabrina, the Teenage Witch, which she created and executive produced.

In 2009, Scovell gave up her behind-the-scenes status when the David Letterman sex scandal broke. Only the second woman ever to write for his show, Scovell used the moment to publicly call out the lack of gender diversity in late-night TV writers’ rooms. “One of the boys” came out hard for “all of the girls.” Her criticisms fueled a cultural debate. Two years later, Scovell was collaborating with Sheryl Sandberg on speeches and later on Lean In, which resulted in a worldwide movement.

Now Scovell is opening up with this fun, honest, and often shocking account. Scovell knows what it’s like to put words in the mouths of President Barack Obama, Mark Harmon, Candice Bergen, Bob Newhart, Conan O’Brien, Alyssa Milano, and Kermit the Frog, among many others. Through her eyes, you’ll sit in the Simpson writers’ room, stand on the Oscar red carpet, pin a tail on Miss Piggy, bond with Star Trek’s Leonard Nimoy, and experience a Stephen King-like encounter with Stephen King.

Just the Funny Parts is a fast-paced account of a nerdy girl from New England who fought her way to the top of the highly-competitive, male-dominated entertainment field. The book delivers invaluable insights into the creative process and tricks for navigating a difficult workplace. It's part memoir, part how-to, and part survival story. Or, as Scovell puts it, “It’s like Unbroken, but funnier and with slightly less torture.”

“In Just the Funny Parts, Nell Scovell offers readers an unvarnished look into a writer’s life. Through her unique lens, she bravely confronts some uncomfortable truths, and yet keeps you laughing the whole way through.” —George Lucas

“I’ve known for a while that Nell is an unusually talented and funny writer, but I had no idea just how much she shaped the TV that I’ve watched for decades—or how much bias she faced along the way. Despite that (and sometimes because of it), this book was a delight to read. It’s full of jokes that made me laugh and sharp analyses that made me think.” —Adam Grant 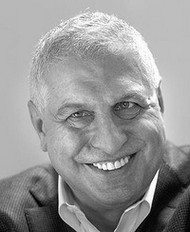 Errol Morris's films have won many awards, including an Oscar for The Fog of War, the Grand Jury Prize at the Sundance Film Festival for A Brief History of Time, the Silver Bear at the Berlin International Film Festival for Standard Operating Procedure, and the Edgar from the Mystery Writers of America for The Thin Blue Line. His films have been honored by the National Society of Film Critics and the National Board of Review. Morris's work is in the permanent collection of the Museum of Modern Art. Roger Ebert called his first film, Gates of Heaven (1978), one of the ten best films of all time. Morris is the author of two New York Times best sellers, Believing is Seeing and A Wilderness of Error, and is a regular contributor to The New York Times opinion pages and Op-Docs series. 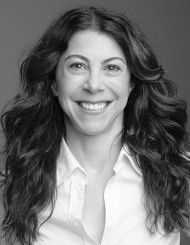 Nell Scovell is a television writer, producer, and director. She collaborated with Sheryl Sandberg on the #1 New York Times bestseller Lean In: Women, Work, and the Will to Lead. She is the creator of the television series Sabrina the Teenage Witch, and her TV writing credits include The Simpsons, Coach, Monk, Murphy Brown, Charmed, and NCIS. She has directed two movies for cable television and an episode of Awkward. She has contributed to SPY magazine, Vanity Fair, Vogue, and The New York Times. She and her husband Colin Summers have two college-age sons. Despite Blue Oyster Cult’s well-reasoned arguments, she still fears the reaper.