The Smartphone Society:
Technology, Power, and Resistance in the New Gilded Age

in conversation with CHRIS FARAONE

This event has been canceled. We apologize for any inconvenience, and we hope to reschedule.

Harvard Book Store welcomes Jacobin editor-at-large NICOLE ASCHOFF for a discussion of her latest book, The Smartphone Society: Technology, Power, and Resistance in the New Gilded Age. She will be joined in conversation by DigBoston editor and co-publisher CHRIS FARAONE.

About The Smartphone Society

Our smartphones have brought digital technology into the most intimate spheres of life. It's time to take control of them, repurposing them as pathways to a democratically designed and maintained digital commons that prioritizes people over profit.

Smartphones have appeared everywhere seemingly overnight: since the first iPhone was released, in 2007, the number of smartphone users has skyrocketed to over two billion. Smartphones have allowed users to connect worldwide in a way that was previously impossible, created communities across continents, and provided platforms for global justice movements. However, the rise of smartphones has led to corporations using consumers' personal data for profit, unmonitored surveillance, and digital monopolies like Google, Facebook, and Amazon that have garnered control over our social, political, and economic landscapes.

But people are using their smartphones to fight back. New modes of resistance are emerging, signaling the possibility that our pocket computers could be harnessed for the benefit of people, not profit. From helping to organize protests against the US-Mexico border wall through Twitter to being used to report police brutality through Facebook Live, smartphones open a door for collective change.

Praise for The Smartphone Society

“Aschoff’s analysis of our relationship to our phones is relevant and urgent. She gives us enough context to understand our addictions, our willingness to be surveilled and manipulated, and, better yet, the avenues of resistance against the tech titans that increasingly control our time, attention, and futures.” —Cathy O’Neil, author of Weapons of Math Destruction: How Big Data Increases Inequality and Threatens Democracy

“In The Smartphone Society, Nicole Aschoff gives us fresh insight into how the device and our everyday lives have morphed into one another. She considers the good and the bad, and helps us to understand how the smartphone has reshaped society in innumerable ways. With accessible prose, she looks into selfies and social media, politics and protest, profit and women’s unpaid work. It is a cogent read in the era of the smartphone.” —Rich Ling, Shaw Foundation Professor of Media Technology, Nanyang Technological University

“The Smartphone Society pierces the fog of the Silicon Valley fantasy, showing us how these little pocket computers control our lives for profit—but also how they open new paths to justice. Nicole Aschoff has given us that rare book, packed with insights and written with verve. I will never look at my smartphone the same way—and after reading The Smartphone Society, neither will you.” —Jason W. Moore, professor of sociology and author of Capitalism in the Web of Life 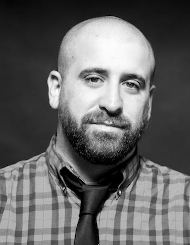 A Queens, NY native who came to New England in 2004 to earn his MA in journalism at Boston University, Chris Faraone is the editor and co-publisher of DigBoston and a co-founder of the Boston Institute for Nonprofit Journalism. He has published several books including 99 Nights with the 99 Percent. 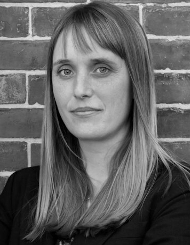 Nicole Aschoff is the editor at large at Jacobin magazine, where she writes about capitalism, technology, and labor. Her writing has also appeared in the Guardian, the Nation, Dissent, and Al Jazeera. Aschoff is the author of The New Prophets of Capital, and she contributes frequently to podcasts, radio shows, and documentaries about corporate power. Aschoff received her PhD in sociology from Johns Hopkins University and previously taught at Boston University.