We'll Always Have Casablanca:
The Life, Legend, and Afterlife of Hollywood's Most Beloved Movie

Harvard Book Store welcomes The New School's director of screen studies and professor of culture and media NOAH ISENBERG—author of Edgar G. Ulmer: A Filmmaker at the Margins—for a discussion of his latest book, We'll Always Have Casablanca: The Life, Legend, and Afterlife of Hollywood's Most Beloved Movie.

About We'll Always Have Casablanca

Casablanca was first released in 1942, just two weeks after the city of Casablanca itself surrendered to American troops led by General Patton. Featuring a pitch-perfect screenplay, a classic soundtrack, and unforgettable performances by Humphrey Bogart, Ingrid Bergman, and a deep supporting cast, Casablanca was hailed in the New York Times as "a picture that makes the spine tingle and the heart take a leap." The film won Oscars for best picture, best director, and best screenplay, and would go on to enjoy more revival screenings than any other movie in history. It became so firmly ensconced in the cultural imagination that, as Umberto Eco once said, Casablanca is "not one movie; it is 'movies.'"

We’ll Always Have Casablanca is celebrated film historian Noah Isenberg’s rich account of this most beloved movie’s origins. Through extensive research and interviews with filmmakers, film critics, family members of the cast and crew, and diehard fans, Isenberg reveals the myths and realities behind Casablanca’s production, exploring the transformation of the unproduced stage play into the classic screenplay, the controversial casting decisions, the battles with Production Code censors, and the effect of the war’s progress on the movie’s reception. Isenberg particularly focuses on the central role refugees from Hitler’s Europe played in the production (nearly all of the actors and actresses cast in Casablanca were immigrants).

Finally, Isenberg turns to Casablanca’s long afterlife and the reasons it remains so revered. From the Marx Brothers’ 1946 spoof hit, A Night in Casablanca, to loving parodies in New Yorker cartoons, Saturday Night Liveskits, and Simpsons episodes, Isenberg delves into the ways the movie has lodged itself in the American psyche.

Filled with fresh insights into Casablanca’s creation, production, and legacy, We’ll Always Have Casablanca is a magnificent account of what made the movie so popular and why it continues to dazzle audiences seventy-five years after its release.

"We’ll Always Have Casablanca is sparkling and effervescent, rich and gimlet-eyed, and, most of all, utterly addicting. . . . Noah Isenberg’s superb book both expands our understanding of the movie’s history and place in our cultural history and reminds us, fervently, why we fell in love with it in the first place." —Megan Abbott, author of You Will Know Me

"Immensely delightful and engaging, We’ll Always Have Casablanca pursues the story of the Moby Dick of movies with the passion, acumen, and dexterity of a seasoned historian in dazzling command of the narrative craft." —Yunte Huang, author of Charlie Chan

"Here’s looking at you, Noah Isenberg! Never has Casablanca and the world it remakes with every screening been better loved, more meticulously illuminated, or more globally needed. We’ll Always Have Casablanca reminds us that freedom begins anew each time we put ourselves aside and join the fight." —David Michaelis, author of Schulz and Peanuts 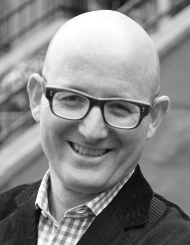 Noah Isenberg is director of screen studies and professor of culture and media at The New School, the author of Edgar G. Ulmer: A Filmmaker at the Margins and editor of Weimar Cinema, and the recipient of an NEH Public Scholar Award. He lives in Brooklyn, New York.