The Cuban Comedy:
A Novel

in conversation with ALICE HOFFMAN

Harvard Book Store welcomes acclaimed, award-winning novelist, poet, and translator PABLO MEDINA for a discussion of his latest book, The Cuban Comedy: A Novel. He will be joined by celebrated local writer ALICE HOFFMAN, author of Practical Magic.

About The Cuban Comedy

Piedra Negra is an isolated village, whose citizens consist mainly of soldiers injured in the revolution who pass the time drinking a firewater so intense that all hallucinate, and most never recover. The firewater distiller's daughter, Elena, longs to be a poet, and after a chance encounter with Daniel Arcilla, Cuba's most important poet, Elena wins a national poetry prize and leaves Piedra Negra behind for Havana.

There she encounters a population adjusting to a new way of life, post-revolution: there are spies and secret meetings, black marketeers, and censorship. Full of outlandish humor and insights into an often contradictory and Kafkaesque regime, Medina brings 1960s Cuba to life through the eyes of Elena.

Praise for The Cuban Comedy

"Medina has written a novel in which one could lose one’s self, just as the aspiring poet, Elena, is embroiled in the chaos of one of the most compelling moments in Cuban history. The prose is classic Medina―rich, insightful, and delectable.” ―Angie Cruz, author of Dominicana

"The Cuban Comedy is Medina's dramatic reminder that one might expect a true revolution to fill our hearts with poetry, not strangle a poet's words in her throat." ―Bob Shacochis, author of The Woman Who Lost Her Soul

"A sharp, beautifully rendered look at how political ideology can warp even the best art. At times hilarious, at times tragic, The Cuban Comedy keeps you rooting for its idealistic poet-heroine, Elena, as she navigates an impossible post-revolution Cuba. Politics may be able to crush poetry, but in this elegy, the masterful Pablo Medina reminds us again of the sanctity of intellectual freedom, no matter the costs." ―Ana Menendez, author of Adios, Happy Homeland! 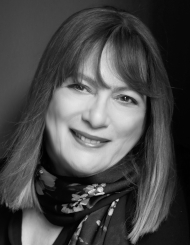 Alice Hoffman is the author of more than thirty works of fiction, including Magic Lessons: The Prequel to Practical Magic, The World That We Knew, The Rules of Magic, The Marriage of Opposites, Practical Magic, The Red Garden, the Oprah’s Book Club selection Here on Earth, The Museum of Extraordinary Things, and The Dovekeepers. Her work has been published in more than twenty translations and more than one hundred foreign editions. The fourth and final novel in the Practical Magic series, The Book of Magic was released in October of 2021. 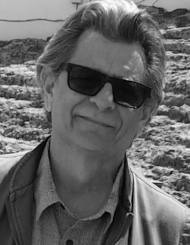 Pablo Medina is the author of eighteen books of poetry, fiction, non-fiction, and translation, among them the poetry collection The Island Kingdom, the novels Cubop City Blues and The Cigar Roller, and the newest English version of Alejo Carpentier's seminal novel The Kingdom of This World. He was a member of the AWP board of directors from 2002-2007, serving as president in 2005–2006. Winner of numerous awards—among them, grants from the Rockefeller and Oscar B. Cintas foundations, the state arts councils of New Jersey and Pennsylvania, the NEA, and the Lila-Wallace Reader’s Digest Fund—Medina was a Guggenheim Fellow in 2012. Currently, he lives in Vermont and teaches in the Warren Wilson MFA Program for Writers.