Of the original Gilded Age, historian Richard Hofstadter wrote: “There is no other period in the nation’s history when politics seems so completely dwarfed by economic changes, none in which the life of the country rests so completely in the hands of the industrial entrepreneur.” The era of William Jefferson Clinton’s ascent to the presidency was strikingly similar—nothing less, Clinton himself said, than “a paradigm shift . . . from the industrial age to an information-technology age, from the Cold War to a global society.” How Bill Clinton met the challenges of this new Gilded Age is the subject of Patrick J. Maney’s book: an in-depth perspective on the 42nd president of the United States and the transformative era over which he presided.

Bill Clinton: New Gilded Age President goes beyond personality and politics to examine the critical issues of the day: economic and fiscal policy, business and financial deregulation, healthcare and welfare reform, and foreign affairs in a post-Cold War world. But at its heart is Bill Clinton in all his guises: the first baby boomer to reach the White House; the “natural”—the most gifted politician of his generation, but one with an inexplicably careless and self-destructive streak; the “Comeback Kid,” repeatedly overcoming long odds; the survivor, frequently down but never out; and, with Hillary Rodham Clinton, part of the most controversial First Couple since Franklin and Eleanor Roosevelt.

Maney’s book is, in sum, the most succinct and up-to-date study of the Clinton presidency, invaluable not merely for understanding a transformative era in American history, but presidential, national, and global politics today.

"An exceptionally well-written and concise biography of Bill Clinton. Maney offers penetrating insights about both the complexity of Clinton’s personality and Washington politics during the so-called ‘New Gilded Age’."—Burton Kaufman, author of The Post-Presidency from Washington to Clinton

"It’s a tall order to place a recent president in historical perspective, but Patrick Maney succeeds brilliantly in his analysis of Bill Clinton and the ideological, financial, and technological developments that swirled about him and defined his era." —Donald A. Ritchie, author of Electing FDR: The New Deal of Campaign of 1932 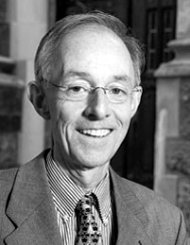 Patrick J. Maney is professor of history at Boston College. He is the author of The Roosevelt Presence: The Life and Legacy of FDR and Young Bob: A Biography of Robert M. La Follette, Jr.