Harvard Book Store welcomes Paul Harding—Pulitzer Prize-winning author of Tinkers—for a discussion of his latest novel This Other Eden.

About This Other Eden

In 1792, formerly enslaved Benjamin Honey and his Irish wife, Patience, discover an island where they can make a life together. Over a century later, the Honeys’ descendants and a diverse group of neighbors are desperately poor, isolated, and often hungry, but nevertheless protected from the hostility awaiting them on the mainland.

During the tumultuous summer of 1912, Matthew Diamond, a retired, idealistic but prejudiced schoolteacher-turned-missionary, disrupts the community’s fragile balance through his efforts to educate its children. His presence attracts the attention of authorities on the mainland who, under the influence of the eugenics-thinking popular among progressives of the day, decide to forcibly evacuate the island, institutionalize its residents, and develop the island as a vacation destination. Beginning with a hurricane flood reminiscent of the story of Noah’s Ark, the novel ends with yet another Ark.

In prose of breathtaking beauty and power, Paul Harding brings to life an unforgettable cast of characters: Iris and Violet McDermott, sisters raising three orphaned Penobscot children; Theophilus and Candace Larks and their brood of vagabond children; the prophetic Zachary Hand to God Proverbs, a Civil War veteran who lives in a hollow tree; and more. A spellbinding story of resistance and survival, This Other Eden is an enduring testament to the struggle to preserve human dignity in the face of intolerance and injustice.

Praise for This Other Eden

"Tender, magical, and haunting, Paul Harding’s This Other Eden is that rare novel that makes profound claims on our present age while being, very simply, a graceful performance of language and storytelling. Here is prose that touchingly holds its imagined island community in a light that can only be described as generous and dazzling. I have not read a novel this achingly beautiful in a while, nor one in which the fate of its characters I will not soon forget." ―Major Jackson, author of The Absurd Man

"There is no writer alive anything like Paul Harding, and This Other Eden proves it: astonishingly beautiful, humane, strange, interested in philosophy and the heart, stunningly written. It’s about home, love, heredity, cruelty, and the very nature of art, so completely original it’s hard to know how to describe it in a mere blurb, by which I mean: you must read this book." ―Elizabeth McCracken, author of The Souvenir Museum

"In boldly lyrical prose, This Other Eden shows us a once-thriving racial utopia in its final days, at a time when race and science were colliding in chilling ways. In the stories of the Apple Islanders―especially that of Ethan Honey, spared a destructive fate because of his artistic gifts and his fair skin―we are made to confront the ambiguous nature of mercy, the limits of tolerance, and what it means to be truly saved. A luminous, thought-provoking novel." ―Esi Edugyan, author of Washington Black 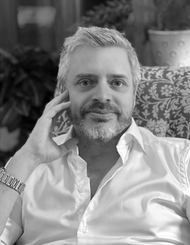 Paul Harding is the author of the Pulitzer Prize–winning Tinkers, and Enon. He is director of the MFA in Creative Writing & Literature at Stony Brook University, and lives on Long Island, New York.