Arguing with Zombies:
Economics, Politics, and the Fight for a Better Future

in conversation with PAUL SOLMAN

Harvard Book Store is thrilled to welcome Nobel Prize–winning economist PAUL KRUGMAN for a discussion of his latest book, Arguing with Zombies: Economics, Politics, and the Fight for a Better Future. He will be joined in conversation by PBS NewsHour correspondent PAUL SOLMAN.

This event does not include a book signing. Books included with tickets are pre-signed editions of Arguing with Zombies. (Additional pre-signed copies will be available for purchase at the event, while supplies last.)

About Arguing with Zombies

There is no better guide than Paul Krugman to basic economics, the ideas that animate much of our public policy. Likewise, there is no stronger foe of zombie economics, the misunderstandings that just won’t die.

In Arguing with Zombies, Krugman tackles many of these misunderstandings, taking stock of where the United States has come from and where it’s headed in a series of concise, digestible chapters. Drawn mainly from his popular New York Times column, they cover a wide range of issues, organized thematically and framed in the context of a wider debate. Explaining the complexities of health care, housing bubbles, tax reform, Social Security, and so much more with unrivaled clarity and precision, Arguing with Zombies is Krugman at the height of his powers.

Arguing with Zombies puts Krugman at the front of the debate in the 2020 election year and is an indispensable guide to two decades’ worth of political and economic discourse in the United States and around the globe. With quick, vivid sketches, Krugman turns his readers into intelligent consumers of the daily news and hands them the keys to unlock the concepts behind the greatest economic policy issues of our time. In doing so, he delivers an instant classic that can serve as a reference point for this and future generations.

Praise for Arguing with Zombies

“In an era when facts are too often disdained and discarded, Paul Krugman wields them like a rapier. A brilliant scholar and polemicist, Krugman's incisive columns are a beacon for anyone who cares about public policy and progressive change.” —David Axelrod

“Years after appearing in the daily newspaper, Paul Krugman’s columns resonate because he avoids the herd mentality of most journalism. Applying history, math, and humanity, he transforms our understanding of great issues and when writing on economics translates the dismal science into plain English.” —David Cay Johnston 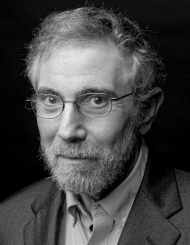 Paul Krugman, recipient of the 2008 Nobel Prize in Economics and a best-selling author, has been a columnist at The New York Times for twenty years. A Distinguished Professor at City University of New York, he resides in New York City. 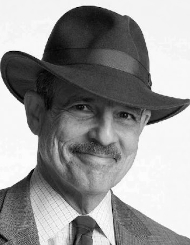 Paul Solman is the business and economics correspondent for the PBS NewsHour and is a Brady-Johnson Distinguished Practitioner in Grand Strategy at the International Security Studies department at Yale University.

Tickets are available online only at harvard.com and harvardbookstore.eventbrite.com. Pre-sale tickets include a copy of Arguing with Zombies. Books bundled with pre-sale tickets may only be picked up at the venue the night of the event, and cannot be picked up in-store beforehand.