The Third Reconstruction:
America's Struggle for Racial
Justice in the Twenty-First Century

in conversation with BRANDON TERRY

Harvard Book Store welcomes historian, professor, and author PENIEL E. JOSEPH for a discussion of his new book The Third Reconstruction: America's Struggle for Racial Justice in the Twenty-First Century. He will be joined in conversation by BRANDON TERRY, Assistant Professor of African and African American Studies and Social Studies at Harvard University.

About The Third Reconstruction

In The Third Reconstruction, distinguished historian Peniel E. Joseph offers a powerful and personal new interpretation of recent history. The racial reckoning that unfolded in 2020, he argues, marked the climax of a Third Reconstruction: a new struggle for citizenship and dignity for Black Americans, just as momentous as the movements that arose after the Civil War and during the civil rights era. Joseph draws revealing connections and insights across centuries as he traces this Third Reconstruction from the election of Barack Obama to the rise of Black Lives Matter to the failed assault on the Capitol.

America’s first and second Reconstructions fell tragically short of their grand aims. Our Third Reconstruction offers a new chance to achieve Black dignity and citizenship at last—an opportunity to choose hope over fear.

Praise for The Third Reconstruction

“Peniel E. Joseph’s The Third Reconstruction is a powerful and eloquent analysis of the enduring battle between opponents of multiracial democracy and forces of racial change across American history. Drawing parallels to the period of Redemption after the Civil War, Joseph persuasively situates the white backlash to the presidency of Barack Obama—captured in the rise of Donald Trump and MAGA—within the long, but frequently ignored, history of organized white resistance to Black freedom. Part historical investigation and part call to action, The Third Reconstruction is a towering achievement that brilliantly meets the moment.” ―Tomiko Brown-Nagin, author of Civil Rights Queen

“In The Third Reconstruction, renowned historian Peniel Joseph expertly draws on his remarkable breadth of knowledge to tell a powerful and interwoven story about three watershed moments in American history. Brilliantly written and elegantly argued, this book is a gift to all Americans. It offers an honest and compelling account of how change happens, and it forces us all to consider how we might work together to win the fight for racial justice.” ―Keisha N. Blain, coeditor of the #1 New York Times bestseller Four Hundred Souls

“Peniel E. Joseph's The Third Reconstruction offers a brilliant historical analysis of race relations in twenty-first-century America. Whether he is discussing Barack Obama or Martin Luther King, Jr., the Black Power Movement of the Long Sixties or the Black Lives Matter zeitgeist of today, Joseph is superb. He is fierce when it comes to promoting racial equality. The Third Reconstruction is an awesome achievement.” ―Douglas Brinkley, New York Times bestselling author of Rosa Parks 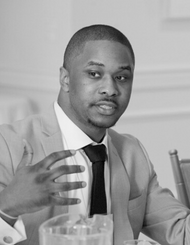 Brandon M. Terry is Assistant Professor of African and African American Studies and Social Studies at Harvard University. His current research project sits at the intersection of political theory, history, and African-American Studies. In addition to this project, Brandon is also working on a thematic philosophical study of black nationalist thought in the United States and other research projects on the political thought of Martin Luther King, Jr. and civil rights historiography. His broader academic interests also include Black intellectual and political thought, contemporary political theory, 19th and 20th century continental philosophy, aesthetics, 19th and 20th century US history, American political development, the philosophy of race and racism, questions of poverty, crime, and incarceration in political and social theory, and the aesthetics and sociology of hip-hop and black youth culture. He has written or provided commentary for NPR, WGBH, The Huffington Post, The Baltimore Sun, The Point, The Nation, Time, MTV News, and more. 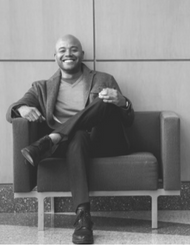 Peniel E. Joseph is the Barbara Jordan Chair in Ethics and Political Values, Founding Director of the Center for the Study of Race and Democracy, and Associate Dean for Justice, Equity, Diversity, and Inclusion at the LBJ School of Public Affairs and Professor of History at the University of Texas at Austin. He is the author of award-winning books on African American history, including The Sword and the Shield and Stokely: A Life. He lives in Austin, Texas.