Have you ever fallen in love—exalting, wracking, hilarious love—with a song? Long Players is a book about that everyday kind of besottedness—and, also, about those other, more entangling sorts of love that songs can propel us into. We follow Peter Coviello through his happy marriage, his blindsiding divorce, and his fumbling post marital forays into sex and romance. Above all we travel with him as he calibrates, mix by mix and song by song, his place in the lives of two little girls, his suddenly ex-stepdaughters. In his grief, he considers what keeps us alive (sex, talk, dancing) and our many interwoven ways of falling in love: with books and bands and records, with friends, with lovers, with the families we make.

Kim O’Neil’s debut collection Fever Dogs is a fictional biography of three generations of women. It begins at the turn of the twenty-first century with Jean, a young woman at an impasse. Romantically adrift, in a dying profession, she decides that to make herself a future, she must first make herself a past.

To deal with a violent history, Jean’s mother has violently erased it. Starting from a bare outline that includes an unspoken death, a predatory father, and a homeless stint, Jean reconstructs the life her mother, Jane, might have lived. But origin stories can never completely cover their tracks: like Jean’s story, Jane’s cannot be told apart from that of her own mother.

What follows is a set of stories spanning nearly a century in response to questions which the narrator wishes she had asked her mother and to which she has disjointed answers at best. In the absence of answers, the narrator, in various points of view, invents them. As the stories progress backward in time, the footholds, in fact, grow fewer–and the shift to fabulism greater. But in her attempt to unravel her mother's origin and her own, Jean finds that the stories she invents—like the dogs who run through them as witnesses, allies, and objects of desire—serve as well as any other in the makeshift task of authoring a life.

“A searing, unflinching, self-indicting daybook of one man’s climb down far-flung caverns of personal loss & self-searching into a new understanding of his place in the world: the sort of journey, Coviello suggests, that the music accompanying us along the way is always teaching us to take, if and when we become truly willing to listen.” —John Darnielle, bestselling author of Universal Harvester and primary member of The Mountain Goats

“Long Players is a beautiful book. Deeply personal and yet entirely universal, this memoir is a sort of travelogue through the landscape of a broken heart. I found familiarity in these pages, along with grieving and hope. Peter Coviello is a writer of great humanity, talent, and honesty.” —Elizabeth Gilbert, bestselling author of Eat Pray Love and Big Magic

"Long Players is a passionate, brainy, headlong story of love and heartbreak and devastation and decadence and survival and back to love again—it’s like an Italian aria crossed with punk, a Puccini/Clash mashup maybe, of gorgeously unspooling keening mixed with raw, punchy shock. All the lovelorn splayed-out romantics everywhere will cheer for Peter Coviello through every note and phrase.” —Kate Christensen, PEN/Faulkner-award winning author of The Great Man and Blue Plate Special

“In this fever dream of the family romance, time is malleable and deforms and darkens tales of preceding generations back to the root Mother, a caulbearer, whose bequest of second sight is brilliantly reimagined in Kim O’Neil’s percussively composed and compressed stories of successive generations. Kim O’Neil is on fire in this daring, inventive fiction, her debut, the first match struck.” —Christine Schutt, author of Pure Hollywood: And Other Stories

"A fevered family history found buried in a backyard box, scribbled by some half-mad, most-lucid family remnant none would now dare claim. O’Neil’s stories are like none other I’ve seen, brought out of someplace I’ve never been outside of the dream world I can never fully recall upon waking. Beautiful, chilling, strangely moving work.” —Brad Watson, author of Miss Jane: A Novel

“Fever Dogs is a stunning collection of stories—each one tightly wound and glimmering with mysterious force. The writing is brilliant. It’s very affecting to go back in time and see the throughlines that cross generations and continue to strangle.” —Elizabeth McKenzie, author of The Portable Veblen: A Novel 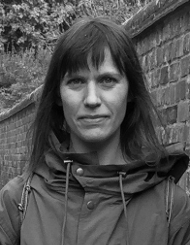 Kim O'Neil graduated from the MFA program at the University of California, Irvine. Her work has been published in Electric Literature, Juked, Packingtown Review, and Faultline. She is a senior lecturer in the Department of English at the University of Illinois at Chicago and assistant director of the Writing Center. 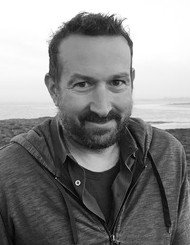 Peter Coviello has written about Walt Whitman, Mormon polygamy, Steely Dan, the history of sexuality, queer children, American literature, step-parenthood, and Prince. This work has appeared in The Believer, Frieze, Avidly, Raritan, and the Los Angeles Review of Books, as well as in several books. In 2017–18, he was a fellow at the Institute for Advanced Study in Princeton, New Jersey. He lives in Chicago.