A Girl Stands at the Door:
The Generation of Young Women Who Desegregated America's Schools

in conversation with KENNETH W. MACK

Harvard Book Store welcomes award-winning historian and Rutgers professor RACHEL DEVLIN for a discussion of her latest book, A Girl Stands at the Door: The Generation of Young Women Who Desegregated America's Schools. She will be joined in conversation by Harvard Law School professor KENNETH W. MACK.

About A Girl Stands at the Door

The struggle to desegregate America’s schools was a grassroots movement, and young women were its vanguard. In the late 1940s, parents began to file desegregation lawsuits with their daughters, forcing Thurgood Marshall and other civil rights lawyers to take up the issue and bring it to the Supreme Court. After the Brown v. Board of Education ruling, girls far outnumbered boys in volunteering to desegregate formerly all-white schools.

In A Girl Stands at the Door, historian Rachel Devlin tells the remarkable stories of these desegregation pioneers. She also explains why black girls were seen, and saw themselves, as responsible for the difficult work of reaching across the color line in public schools. Highlighting the extraordinary bravery of young black women, this bold revisionist account illuminates today’s ongoing struggles for equality.

"A Girl Stands at the Door forces us to view a central strand of civil rights history in an entirely new way. Rachel Devlin has discovered something that should have been in plain view but nonetheless has remained invisible—that girls and young women stood at the center of the massive effort to desegregate American schools. In this compelling, lucid, and deeply researched book, Devlin makes them into flesh-and-blood actors, whose words, initiative, and subtle everyday negotiations helped shape an important strand of American history." ―Kenneth Mack, Harvard Law professor and author of Representing the Race

"Bold and unforgettable, the girls whose vivid portraits Devlin brings to life through priceless interviews should be household names for their moral courage and stalwart persistence in challenging segregated schools despite the personal costs. This book brings underrecognized female leadership in the black freedom struggle dramatically to the forefront, redrawing the known landmarks in that history." ―Nancy F. Cott, Jonathan Trumbull Professor of American History, Harvard University

"A Girl Stands at the Door reveals black girls' under-appreciated role in the Civil Rights Movement. Devlin relates the stories of well-known child activists such as Ruby Bridges, as well as the stories of numerous other brave black girls whose names have been forgotten by many. The book follows black girls down the halls of schools from Missouri, Oklahoma, Kansas, Louisiana, Texas, and Virginia. The stories unveil much about the struggles of black girls' daily lives and their steadfast determination to find a way in an often hostile world." ―LaKisha Michelle Simmons, author of Crescent City Girls 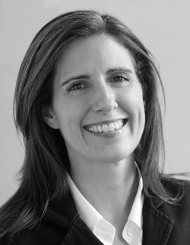 Rachel Devlin is an award-winning historian and Associate Professor at Rutgers University whose scholarly interests are in the cultural politics of girlhood, sexuality, and race in the Postwar United States. She is the author of Relative Intimacy: Fathers, Adolescent Daughters, and Postwar American Culture.