The Flamethrowers:
A Novel

Despite the snowstorm, the event is proceeding as planned!

Harvard Book Store is pleased to welcome RACHEL KUSHNER—the only writer ever to be nominated for a National Book Award in Fiction for both a first and second novel—for a reading of her novel The Flamethrowers.

Rachel Kushner’s The Flamethrowers, a finalist for the National Book Award, was named a Top Ten Book of 2013 by the New York Times Book Review and one of Time magazine’s top ten fiction books. Kushner’s first novel, Telex from Cuba, was also a finalist for a National Book Award and was reviewed on the cover of The New York Times Book Review. The Flamethrowers, even more ambitious and brilliant, is the riveting story of a young artist and the worlds she encounters in New York and Rome in the mid-1970s—by turns underground, elite, and dangerous.

The year is 1975 and Reno—so-called because of the place of her birth—has come to New York intent on turning her fascination with motorcycles and speed into art. Her arrival coincides with an explosion of activity in the art world—artists have colonized a deserted and industrial SoHo, are staging actions in the East Village, and are blurring the line between life and art. Reno meets a group of dreamers and raconteurs who submit her to a sentimental education of sorts. Ardent, vulnerable, and bold, she begins an affair with an artist named Sandro Valera, the semi-estranged scion of an Italian tire and motorcycle empire. When they visit Sandro’s family home in Italy, Reno falls in with members of the radical movement that overtook Italy in the seventies. Betrayal sends her reeling into a clandestine undertow.

The Flamethrowers is an intensely engaging exploration of the mystique of the feminine, the fake, the terrorist. At its center is Kushner’s brilliantly realized protagonist, a young woman on the verge. Thrilling and fearless, this is a major American novel from a writer of spectacular talent and imagination.

"The Flamethrowers unfolds on a bigger, brighter screen than nearly any recent American novel I can remember. It plays out as if on Imax, or simply higher-grade film stock...Ms. Kushner can really write. Her prose has a poise and wariness and moral graininess that puts you in mind of...Robert Stone and Joan Didion...[Kushner has] a sensibility that’s on constant alert for crazy, sensual, often ravaged beauty…persuasive and moving…provocative." —The New York Times 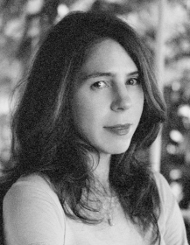