Church of Marvels:
A Novel

Harvard Book Store and GrubStreet welcome poet REBECCA DINERSTEIN and short story author LESLIE PARRY for a discussion of their debut novels The Sunlit Night and Church of Marvels.

On The Sunlit Night:

In the beautiful, barren landscape of the Far North, under the ever-present midnight sun, Frances and Yasha are surprised to find refuge in each other. Their lives have been upended--Frances has fled heartbreak and claustrophobic Manhattan for an isolated artist colony; Yasha arrives from Brooklyn to fulfill his beloved father's last wish: to be buried "at the top of the world." They have come to learn how to be alone.

But in Lofoten, an archipelago of six tiny islands in the Norwegian Sea, ninety-five miles north of the Arctic Circle, they form a bond that fortifies them against the turmoil of their distant homes, offering solace amidst great uncertainty. With nimble and sure-footed prose, Dinerstein reveals that no matter how far we travel to claim our own territory, it is ultimately love that gives us our place in the world.

On Church of Marvels:

A ravishing first novel, set in vibrant, tumultuous turn-of-the-century New York City, where the lives of four outsiders become entwined, bringing irrevocable change to them all.

New York, 1895. Sylvan Threadgill, a night soiler cleaning out the privies behind the tenement houses, finds an abandoned newborn baby in the muck. An orphan himself, Sylvan rescues the child, determined to find where she belongs.

Odile Church and her beautiful sister, Belle, were raised amid the applause and magical pageantry of The Church of Marvels, their mother’s spectacular Coney Island sideshow. But the Church has burnt to the ground, their mother dead in its ashes. Now Belle, the family’s star, has vanished into the bowels of Manhattan, leaving Odile alone and desperate to find her.

A young woman named Alphie awakens to find herself trapped across the river in Blackwell’s Lunatic Asylum—sure that her imprisonment is a ruse by her husband’s vile, overbearing mother. On the ward she meets another young woman of ethereal beauty who does not speak, a girl with an extraordinary talent that might save them both.

As these strangers’ lives become increasingly connected, their stories and secrets unfold. Moving from the Coney Island seashore to the tenement-studded streets of the Lower East Side, a spectacular human circus to a brutal, terrifying asylum, Church of Marvels takes readers back to turn-of-the-century New York—a city of hardship and dreams, love and loneliness, hope and danger. In magnetic, luminous prose, Leslie Parry offers a richly atmospheric vision of the past in a narrative of astonishing beauty, full of wondrous enchantments, a marvelous debut that will leave readers breathless. 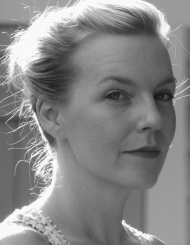 Leslie Parry is a graduate of the Iowa Writers’ Workshop. Her stories have appeared in The Virginia Quarterly Review, The Missouri Review, The Cincinnati Review and The PEN/O. Henry Prize Stories, among other publications. She was recently a resident at Yaddo and The Kerouac House. Her writing has also received a National Magazine Award nomination and an honorable mention in The Best American Short Stories 2013. She lives in Chicago. 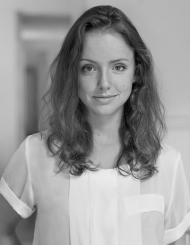 Rebecca Dinerstein is the author of Lofoten, a bilingual English-Norwegian collection of poems. She received her B.A. from Yale and her M.F.A. in Fiction from New York University, where she was a Rona Jaffe Graduate Fellow. She lives in Brooklyn. Follow her on Twitter @beckydinerstein. For more information on Rebecca and the book, please visit: www.rebeccadinerstein.com