I Am Radar:
A Novel

in conversation with EUGENIA WILLIAMSON

Harvard Book Store welcomes the bestselling author of The Selected Works of T. S. Spivet REIF LARSEN and book critic for The Boston Globe EUGENIA WILLIAMSON for a discussion of Larsen's latest novel, I Am Radar.

The moment just before Radar Radmanovic is born, all of the hospital’s electricity mysteriously fails. The delivery takes place in total darkness. Lights back on, the staff sees a healthy baby boy—with pitch-black skin—born to the stunned white parents. No one understands the uncanny electrical event or the unexpected skin color. “A childbirth is an explosion,” the ancient physician says by way of explanation. “Some shrapnel is inevitable, isn’t it?”

A kaleidoscopic novel both heartbreaking and dazzling, Reif Larsen’s I Am Radar begins with Radar’s perplexing birth but rapidly explodes outward, carrying readers across the globe and throughout history, as well as to unknown regions where radio waves and subatomic particles dance to their own design. Spanning this extraordinary range with grace and empathy, humor and courage, I Am Radar is the vessel where a century of conflict and art unite in a mesmerizing narrative whole.

Deep in arctic Norway, a cadre of Norwegian schoolteachers is imprisoned during the Second World War. Founding a radical secret society that will hover on the margins of recorded history for decades to come, these schoolteachers steal radioactive material from a hidden Nazi nuclear reactor and use it to stage a surreal art performance on a frozen coastline. This strange society appears again in the aftermath of Cambodia’s murderous Khmer Rouge regime when another secret performance takes place but goes horrifically wrong. Echoes of this disaster can be heard during the Yugoslavian wars when an avant-garde puppeteer finds himself trapped inside Belgrade while his brother serves in the genocidal militia that attacks Srebrenica. Decades later, in the war-torn Congo, a disfigured literature professor assembles the largest library in the world even as the country around him collapses. All of these stories are linked by Radar—now a gifted radio operator living in the New Jersey Meadowlands—who struggles with love, a set of hapless parents,and a terrible medical affliction that he has only just begun to comprehend.

As I Am Radar accelerates toward its unforgettable conclusion, these divergent strands slowly begin to converge, revealing that beneath our apparent differences, unseen harmonies secretly unite our lives. Drawing on the furthest reaches of quantum physics, forgotten history, and mind-bending art, Larsen’s I Am Radar is a triumph of storytelling at its most primal, elegant, and epic: a breathtaking journey through humanity’s darkest hours only to arrive at a place of shocking wonder and redemption. 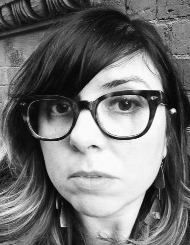 Eugenia Williamson is a columnist and book critic for the Boston Globe, a contributing editor at The Baffler, and a former staff writer at the late, great Boston Phoenix. Her work has appeared in Harper's Magazine, The Nation, and Bookforum, among other places. She lives in Somerville. 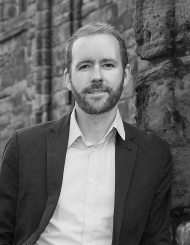 Reif Larsen’s first novel, The Selected Works of T. S. Spivet, was a New York Times bestseller and is currently translated into twenty-seven languages. The novel was a 2010 Montana Honor book and an IndieBound Award finalist; was short-listed for The Guardian First Book Award and the James Tait Black Memorial Prize; and was adapted into a movie by Jean-Pierre Jeunet (Amélie). Larsen’s writings have appeared in The New York Times, The Guardian, Tin House, one story, The Millions, Asymptote Journal, and The Believer. Larsen is currently serving as the writer-in-residence at the University of St Andrews in Scotland.