In his meticulous notes on the natural history of Concord, Massachusetts, Henry David Thoreau records the first open flowers of highbush blueberry on May 11, 1853. If he were to look for the first blueberry flowers in Concord today, mid-May would be too late. In the 160 years since Thoreau’s writings, warming temperatures have pushed blueberry flowering three weeks earlier, and in 2012, following a winter and spring of record-breaking warmth, blueberries began flowering on April 1—six weeks earlier than in Thoreau’s time. The climate around Thoreau’s beloved Walden Pond is changing, with visible ecological consequences.

In Walden Warming, Richard B. Primack uses Thoreau and Walden, icons of the conservation movement, to track the effects of a warming climate on Concord’s plants and animals. Under the attentive eyes of Primack, the notes that Thoreau made years ago are transformed from charming observations into scientific data sets. Primack finds that many wildflower species that Thoreau observed—including familiar groups such as irises, asters, and lilies—have declined in abundance or have disappeared from Concord. Primack also describes how warming temperatures have altered other aspects of Thoreau’s Concord, from the dates when ice departs from Walden Pond in late winter, to the arrival of birds in the spring, to the populations of fish, salamanders, and butterflies that live in the woodlands, river meadows, and ponds.

Primack demonstrates that climate change is already here, and it is affecting not just Walden Pond but many other places in Concord and the surrounding region. Although we need to continue pressuring our political leaders to take action, Primack urges us each to heed the advice Thoreau offers in Walden: to “live simply and wisely.” In the process, we can each minimize our own contributions to our warming climate. 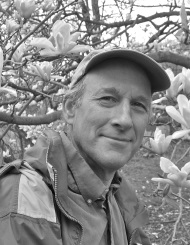