The Usefulness of Useless Knowledge

About The Usefulness of Useless Knowledge

A forty-year tightening of funding for scientific research has meant that resources are increasingly directed toward applied or practical outcomes, with the intent of creating products of immediate value. In such a scenario, it makes sense to focus on the most identifiable and urgent problems, right? Actually, it doesn't. In his classic essay "The Usefulness of Useless Knowledge," Abraham Flexner, the founding director of the Institute for Advanced Study in Princeton and the man who helped bring Albert Einstein to the United States, describes a great paradox of scientific research. The search for answers to deep questions, motivated solely by curiosity and without concern for applications, often leads not only to the greatest scientific discoveries but also to the most revolutionary technological breakthroughs. In short, no quantum mechanics, no computer chips.

This brief book includes Flexner's timeless 1939 essay alongside a new companion essay by Robbert Dijkgraaf, the Institute's current director, in which he shows that Flexner's defense of the value of "the unobstructed pursuit of useless knowledge" may be even more relevant today than it was in the early twentieth century. Dijkgraaf describes how basic research has led to major transformations in the past century and explains why it is an essential precondition of innovation and the first step in social and cultural change. He makes the case that society can achieve deeper understanding and practical progress today and tomorrow only by truly valuing and substantially funding the curiosity-driven "pursuit of useless knowledge" in both the sciences and the humanities.

"Flexner and Dijkgraaf argue that basic research—driven by curiosity, freedom, and imagination—is a proven and essential seed for the revolutionary technologies that fuel the economy, transform society, and provide solutions for the world's problems. A thoughtful appeal for long-term thinking in a time full of short-term distractions." —Eric Schmidt, Executive Chairman of Alphabet Inc.

"The Usefulness of Useless Knowledge is excellent. Dijkgraaf's essay is a remarkable piece of writing that eloquently puts Flexner's essay in historical context, revealing the influence of his vision on the twentieth century and reevaluating it in the light of the twenty-first." —Carlo Rovelli, author of Seven Brief Lessons on Physics

"Flexner's brilliant essay is as valuable today as when it was first published. And Dijkgraaf's eloquent companion essay, which admirably connects the situation facing past and present advocates of basic scientific research, is a pleasure to read. The Usefulness of Useless Knowledge will be very useful in the intense global debate over this vital topic." —Neil Turok, Director and Niels Bohr Chair, Perimeter Institute for Theoretical Physics 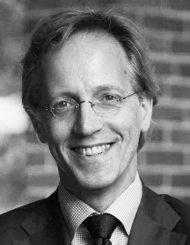 Robbert Dijkgraaf, Director of the Institute for Advanced Study and Leon Levy Professor since July 2012, is a mathematical physicist who has made significant contributions to string theory and the advancement of science education. For his contributions to science, Dijkgraaf was awarded the Spinoza Prize, the highest scientific award in the Netherlands, in 2003. He was named a Knight of the Order of the Netherlands Lion in 2012 and is a member of the American Academy of Arts and Sciences and the American Philosophical Society. Past President (2008–12) of the Royal Netherlands Academy of Arts and Sciences and Co-Chair (since 2009) of the InterAcademy Council, Dijkgraaf is a distinguished public policy adviser and passionate advocate for science and the arts.