Death of the Black-Haired Girl

In an elite college in a once-decaying New England city, Steven Brookman has come to a decision. A brilliant but careless professor, he has determined that for the sake of his marriage, and his soul, he must extract himself from his relationship with Maud Stack, his electrifying student, whose papers are always late and too long yet always incandescent. But Maud is a young woman whose passions are not easily contained or curtailed, and their union will quickly yield tragic and far-reaching consequences.

As in Robert Stone’s most acclaimed novels, here he conjures a complex moral universe where nothing is black and white, even if the characters—always complicated, always compelling—wish it were. The stakes of Brookman and Maud’s relationship prove higher than either one could have anticipated, pitting individuals against one another and against the institutions meant to protect them.

Death of the Black-Haired Girl is a powerful tale of infidelity, accountability, the allure of youth, the promise of absolution, and the notion that madness is everywhere, in plain sight.

"In his fiction, Robert Stone is immersed no less profoundly in envisioning the drama of human evil in action than was the great French Catholic novelist and Nobel Laureate, Francois Mauriac. Not only with his brilliant new novel, Death of the Black-Haired Girl but from the early novels such as Dog Soldiers and A Flag at Sunrise down to later books like Damascus Gate and Bay of Souls, he has demonstrated again and again that he is no less a master than Mauriac of the tragic novel—of depicting the fatal inner workings of revenge, hatred, betrayal, and zealotry—and that, like Mauriac, he is the pitiless guardian of a cast of sufferers on whose tribulations he manages to bestow a kind of shattered mercy." —Philip Roth

"Stone imbues his characters with a rare depth that makes each one worthy of his or her own novel. With its atmosphere of dread starting on page one, this story will haunt readers for some time." —Publishers Weekly 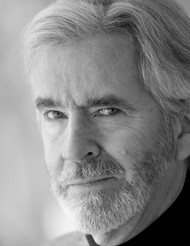 Christopher Lydon is the host of Radio Open Source. He covered politics for The New York Times from the Washington bureau in the 1970s. He hosted The Ten O’Clock News on WGBH TV through the 1980s, and he co-founded and hosted The Connection on WBUR in the ’90s. He recorded the original podcast in 2003 with Dave Winer. 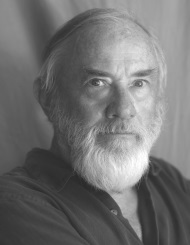 Robert Stone is the acclaimed author of seven novels and two story collections, including Dog Soldiers, winner of the National Book Award, and Bear and His Daughter, a finalist for the Pulitzer Prize. His memoir, Prime Green, was published in 2006.