A Contagious Cause:
The American Hunt for Cancer Viruses and the Rise of Molecular Medicine

Harvard Book Store welcomes author and historian ROBIN WOLFE SCHEFFLER—Leo Marx Career Development Chair in the History and Culture of Science and Technology at MIT—for a discussion of his new book, A Contagious Cause: The American Hunt for Cancer Viruses and the Rise of Molecular Medicine.

About A Contagious Cause

Is cancer a contagious disease? In the late nineteenth century this idea, and attending efforts to identify a cancer “germ,” inspired fear and ignited controversy. Yet speculation that cancer might be contagious also contained a kernel of hope that the strategies used against infectious diseases, especially vaccination, might be able to subdue this dread disease. Today, nearly one in six cancers are thought to have an infectious cause, but the path to that understanding was twisting and turbulent.

A Contagious Cause is the first book to trace the century-long hunt for a human cancer virus in America, an effort whose scale exceeded that of the Human Genome Project. The government’s campaign merged the worlds of molecular biology, public health, and military planning in the name of translating laboratory discoveries into useful medical therapies. However, its expansion into biomedical research sparked fierce conflict. Many biologists dismissed the suggestion that research should be planned and the idea of curing cancer by a vaccine or any other means as unrealistic, if not dangerous. Although the American hunt was ultimately fruitless, this effort nonetheless profoundly shaped our understanding of life at its most fundamental levels. A Contagious Cause links laboratory and legislature as has rarely been done before, creating a new chapter in the histories of science and American politics

Praise for A Contagious Cause

"Scheffler's history of the quest for a cancer virus is a book that had to be written. This impressively well researched monograph provides much needed context to the memoirs of cancer researchers published over the past few years. Equally convincing on both the technical and the political aspects of the story, A Contagious Cause is essential reading for anyone interested in how we got where we are in modern cancer research." —Carsten Timmerman, University of Manchester

"A Contagious Cause reconstructs the origins and consequences of a biological 'moonshot' aimed at finding human cancer viruses in the 1960s and 1970s. Although this program did not achieve its stated aim, it consolidated a distinctively American approach to public health while fueling the scientific—and ultimately economic—ascent of molecular biology. Robin Wolfe Scheffler makes a compelling case for the conjoint growth of the US administrative state and biomedical research, a partnership seemingly impervious to failure. Powerfully argued, this book is vital reading for historians of science and political historians alike." —Angela N. H. Creager, Princeton University 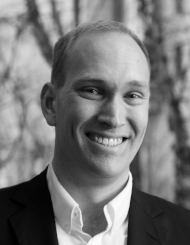 Robin Wolfe Scheffler is the Leo Marx Career Development Chair in the History and Culture of Science and Technology at the Program in Science, Technology, and Society at the Massachusetts Institute of Technology.