in conversation with DAVID LEVINE

Harvard Book Store welcomes acclaimed writer and Notre Dame English professor ROY SCRANTON for a discussion of his latest novel, I ❤ Oklahoma! He will be joined in conversation by award-winning performance and visual artist DAVID LEVINE.

Suzie’s seen it all, but now she’s looking for something she lost: a sense of the future. So when the chance comes to work with a maverick video artist on his road movie about Donald Trump’s America, she’s pretty sure it’s a bad idea but she signs up anyway, hoping for an outside shot at starting over.

A provocative, genderqueer, shapeshifting musical romp through the brain-eating nightmare of contemporary America, I ❤ Oklahoma! is a book about art, guns, cars, American landscapes, and American history. This kaleidoscopic novel moves from our bleeding-edge present to a furious Faulknerian retelling of the Charlie Starkweather killings in the 1950s, capturing in its fragmented, mesmerizing form the violence at the heart of the American dream.

Praise for I ❤ Oklahoma!

“Part existential farce, part metatextual dystopian road trip romp, I ❤ Oklahoma! is ambitious, omnivorous, inventive, and imbued with a dark and hilarious sense of whimsy. If your personal journey through the American wasteland has begun to feel like a slog, this book will remind you that there's a certain thrill in watching the show unfold from the first-row seats, the ones in the splash zone.” —Alexandra Kleeman, author of You Too Can Have a Body Like Mine

“With whip-smart, multivalent prose akin to Barry Hannah spliced with William S. Burroughs, I ❤ Oklahoma! reads like a hypermodern Heart of Darkness, aimed straight into the malefic gnarl of Trump's MAGA. The result is an epochal, brainbending prism of a road novel, catalyzing any branded icon that might crop up into its wake—from Deleuze to Taylor Swift, Beuys to Bonnie and Clyde, ISIS to TMZ—into an immaculate reflection of a nation mesmerized by its own free fall through oblivion.” —Blake Butler, author of Three Hundred Million

“I ❤ Oklahoma! invents new forms to capture the psychotic break that is present-day America. It’s simultaneously a deconstructed road novel, pop culture avalanche, and historical serial killer story—a book about how the country’s rotted myths have come home to roost. Boasting gleaming intelligence and batshit abandon, this is vital, unsettling, and urgent work.” —Jeff Jackson, author of Destroy All Monsters 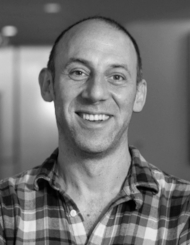 David Levine's work encompasses theater, performance, video and photography. His performance and exhibition work have been presented by the Brooklyn Museum, Creative Time, MoMA, REDCAT, The MCA Chicago, MACBA, Mass MoCA, PS122, and the Boston Museum of Fine Arts, and has been featured in Artforum, Frieze, Theater, BOMB, the New Yorker and the New York Times. His solo exhibition at the Brooklyn Museum, Some of the People, All of The Time, was named one of the 10 best exhibitions globally by the New York Times in 2018. He has also directed operas and plays at BRIC House, the Atlantic Theater, Primary Stages and Soho Rep. His essays and dramatic writing have been published in n+1, Theater, Cabinet, Parkett, and Triple Canopy. He is the recipient of a 2018 Guggenheim Fellowship and 2013 OBIE award, in addition to fellowships from the Radcliffe Institute, the MacDowell Colony, and the Foundation for Contemporary Art. Best Behavior, an anthology of his critical writing, will be published by 53rd State Press in 2019. 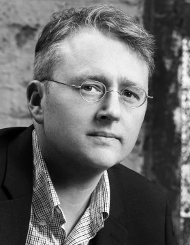