John Aubrey, My Own Life

in coversation with DANIELLE ALLEN

Harvard Book Store and Mass Humanities welcome historian, writer, and literary critic RUTH SCURR and Harvard Department of Government and Graduate School of Education professor DANIELLE ALLEN for a discussion of Scurr's latest book, John Aubrey, My Own Life, a biography of the first modern biographer.

About John Aubrey, My Own Life

Born on the brink of the modern world, John Aubrey was witness to the great intellectual and political upheavals of the seventeenth century. He knew everyone of note in England—writers, philosophers, mathematicians, doctors, astrologers, lawyers, statesmen—and wrote about them all, leaving behind a great gift to posterity: a compilation of biographical information titled Brief Lives, which in a strikingly modest and radical way invented the art of biography.

Aubrey was born in Wiltshire, England, in 1626. The reign of Queen Elizabeth and, earlier, the dissolution of the monasteries were not too far distant in memory during his boyhood. He lived through England’s Civil War, the execution of Charles I, the brief rule of Oliver Cromwell and his son, and the restoration of Charles II. Experiencing these constitutional crises and regime changes, Aubrey was impassioned by the preservation of traces of Ancient Britain, of English monuments, manor houses, monasteries, abbeys, and churches. He was a natural philosopher, an antiquary, a book collector, and a chronicler of the world around him and of the lives of his friends, both men and women. His method of writing was characteristic of his manner: modest, self-deprecating, witty, and concerned above all with the collection of facts that would otherwise be lost to time.

John Aubrey, My Own Life is an extraordinary book about the first modern biographer, which reimagines what biography can be. This intimate diary of Aubrey’s days is composed of his own words, collected, collated, and enlarged upon by Ruth Scurr in an act of meticulous scholarship and daring imagination. Scurr’s biography honors and echoes Aubrey’s own innovations in the art of biography. Rather than subject his life to a conventional narrative, Scurr has collected the evidence—the remnants of a life from manuscripts, letters, and books—and arranged it chronologically, modernizing words and spellings, and adding explanations when necessary, with sources provided in the extensive endnotes. Here are Aubrey’s intricate drawings of Stonehenge and the ancient Avebury stones; Aubrey on Charles I’s execution (“On this day, the King was executed. It was bitter cold, so he wore two heavy shirts, lest he should shiver and seem afraid”); and Aubrey on antiquity (“Matters of antiquity are like the light after sunset—clear at first—but by and by crepusculum—the twilight—comes—then total darkness”). From the darkness, Scurr has wrested a vibrant, intimate account of the life of an ingenious man.

“My Own Life is light, ingenious, inspiring, a book to reread and cherish. The vigour and spirit on every page would delight John Aubrey, that most individual of thinkers and writers, who has found a biographer of originality and wit. It is reverent, charming, poignant: it is made of the same ingredients as its subject.” —Hilary Mantel

“An audacious and successful attempt to write a biography in the subject’s own words. Scurr has ingeniously edited Aubrey’s swift, vivid prose into a coherent account of the life lived by one of the most interesting (and interested—in everything) writers of our most exciting century, the seventeenth. Irresistible.” —Philip Pullman, The Guardian 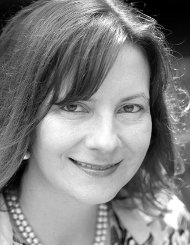 Ruth Scurr is a historian, writer, and literary critic. Her first book, Fatal Purity: Robespierre and the French Revolution, won the Franco-British Society Literary Prize, was long-listed for the Samuel Johnson Prize, short-listed for the Duff Cooper Prize, and chosen as one of the One Hundred Best Books of the Decade in The Times (London). She reviews regularly for The Times Literary Supplement, The Telegraph, the Financial Times, and The Wall Street Journal. She is a Fellow of the Royal Society of Literature and teaches history and politics at Cambridge University where she is a Lecturer and Fellow of Gonville and Caius College.