The Opposite of Hate:
A Field Guide to Repairing Our Humanity

in conversation with SYMONE SANDERS

Harvard Book Store and Mass Humanities welcome acclaimed CNN commentator SALLY KOHN for a discussion of her new book The Opposite of Hate: A Field Guide to Repairing Our Humanity. She will be joined in conversation by strategist and CNN commentator SYMONE SANDERS.

About The Opposite of Hate

As a progressive commentator on Fox News and now CNN, Sally Kohn has made a career out of bridging intractable political differences, learning how to talk civilly to people whose views she disagrees with passionately. Famously “nice,” she even gave a TED Talk about what she termed emotional correctness. But these days, even Kohn has found herself wanting to breathe fire at her enemies.

It was time, she decided, to look into the ugliness erupting all around us. In The Opposite of Hate, Kohn talks to leading scientists and researchers, investigating the evolutionary and cultural roots of hate and how simple incivility can be a gateway to much worse. She travels to Rwanda, to the Middle East, and across the United States, introducing us to terrorists, white supremacists, and even some of her own Twitter trolls, drawing surprising lessons from these dramatic examples—including inspiring stories of those who left hate behind. As Kohn boldly confronts her own shameful moments, whether it’s the girl she bullied as a child or her own deep partisan resentment, she points the way toward change.

No one is more poised to lead us out of this wilderness of hate than Sally Kohn. Her engaging, fascinating, and often funny book will open your eyes and your heart.

“A testament to the power of understanding others deeply, the book reminds us that even those we disagree with vehemently have a perspective and orientation in the world that we can learn from as we work to make the world better.” —DeRay Mckesson, social activist and host of Pod Save the People

“A stunning debut by a truly gifted writer—an eye-opening read for both liberals and conservatives—and it could not come at a better time.” —Adam Grant, New York Times bestselling author of Option B, with Sheryl Sandberg

“A must-read book for all of us at this moment in history. I’m grateful for Sally Kohn’s clear voice and vision in showing us the way forward.” —Elizabeth Gilbert 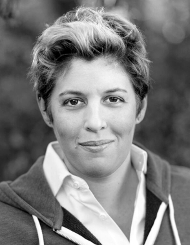 Sally Kohn is a CNN political commentator and a columnist for The Daily Beast. Previously a Fox News contributor, she has been a frequent guest on MSNBC. She writes regularly for media outlets including the Washington Post, the New York Times, New York Magazine, Refinery29, Marie Claire, Cosmopolitan, Yahoo, Salon, Time, and many more. She also works as a communications consultant and was previously a campaign strategist for the Center for Community Change, a fellow at the Ford Foundation, and a strategic advisor to the Social Justice Infrastructure Funders, as well as a fellow at the National Gay and Lesbian Task Force Policy Institute. 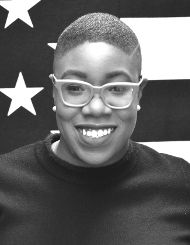 Symone D. Sanders is a strategist who rose to prominence during her tenure as the national press secretary for U.S. Sen. Bernie Sanders presidential campaign. A communicator with a passion for juvenile justice, Symone is the former chair of the Coalition of Juvenile Justice Emerging Leaders Committee and former member of the Federal Advisory Committee on Juvenile Justice. Currently, she can be seen on CNN as a Political Commentator and is Principal of the 360 Group LLC where she provides strategic communications guidance to organizations, businesses, individuals, campaigns and candidates and helps clients find sound solutions to tough political and social problems.

All pre-sales tickets include a copy of The Opposite of Hate, admission into the event, and a $5 coupon for use in the bookstore. Pre-sales tickets (online only) are available for two weeks, after which a $5 ticket option will also go on sale. Books bundled with pre-sale tickets may only be picked up at the venue the night of the event, and cannot be picked up in-store beforehand.