Endurance:
A Year in Space, A Lifetime of Discovery

in conversation with MILES O'BRIEN

Tickets on sale now (online only)

Harvard Book Store welcomes the astronaut who spent a record-breaking year aboard the International Space Station—SCOTT KELLY—for a presentation of Endurance: A Year in Space, A Lifetime of Discovery, a candid account of his remarkable voyage, of the journeys off the planet that preceded it, and of his colorful formative years. He will joined in conversation by Emmy Award–winning journalist and documentary filmmaker MILES O'BRIEN, whose production company creates content for PBS NewsHour and NOVA.

This event does not include a public book signing. All copies of Endurance will be personally pre-signed by the author.

The veteran of four space flights and the American record holder for consecutive days spent in space, Scott Kelly has experienced things very few have. Now, he takes us inside a sphere utterly inimical to human life. He describes navigating the extreme challenge of long-term spaceflight, both existential and banal: the devastating effects on the body; the isolation from everyone he loves and the comforts of Earth; the pressures of constant close cohabitation; the catastrophic risks of depressurization or colliding with space junk, and the still more haunting threat of being unable to help should tragedy strike at home—an agonizing situation Kelly faced when, on another mission, his twin brother's wife, Gabrielle Giffords, was shot while he still had two months in space. Kelly's humanity, compassion, humor, and passion resonate throughout, as he recalls his rough-and-tumble New Jersey childhood and the youthful inspiration that sparked his astounding career, and as he makes clear his belief that Mars will be the next, ultimately challenging step in American spaceflight. A natural storyteller and modern-day hero, Kelly has a message of hope for the future that will inspire for generations to come. Here, in his personal story, we see the triumph of the human imagination, the strength of the human will, and the boundless wonder of the galaxy. 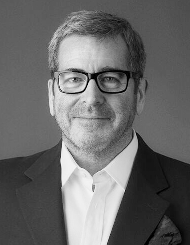 Miles O’Brien is an independent journalist who focuses on science, technology and aerospace. He owns and operates Miles O'Brien Productions, specializing in award-winning documentary filmmaking and creating content for the PBS NewsHour, the PBS science documentary series NOVA, and several corporate clients. O’Brien is also a correspondent for the PBS documentary series FRONTLINE, the National Science Foundation Science Nation series, and also serves as an aviation analyst for CNN. He is currently an at-large member of the NASA Advisory Council, offering strategic advice to the NASA administrator. He has won numerous awards over the years, including six Emmys, a Peabody and DuPont for his coverage of Hurricane Katrina and its aftermath. 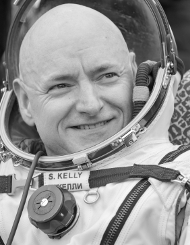 Scott Kelly is a former military fighter pilot and test pilot, an engineer, a retired astronaut, and a retired U.S. Navy captain. A veteran of four space flights, Kelly commanded the International Space Station (ISS) on three expeditions and was a member of the yearlong mission to the ISS. In October 2015, he set the record for the total accumulated number of days spent in space, the single longest space mission by an American astronaut. He lives in Houston, Texas.